How a 1980s lynching case helped bring down the Klan (podcast) 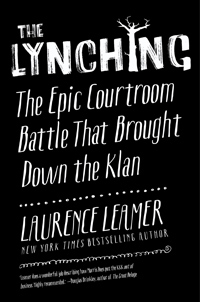 On the morning of March 21, 1981, the body of 19-year-old Michael Donald was found hanging from a tree in Mobile, Alabama. The years that followed saw the conviction of his two killers, and a civil case brought by Donald’s mother that bankrupted the largest Klan organization in the United States.

In this episode of the Modern Law Library, we speak with Laurence Leamer about his new book on the case, The Lynching: The Epic Courtroom Battle that Brought Down the Klan. He shares details about how and why Donald was killed; what became of his killers; and how the case also brought Morris Dees and the Southern Poverty Law Center into greater national prominence. 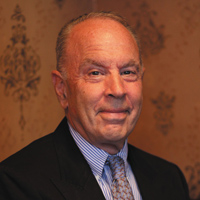 Laurence Leamer is a journalist and the author of more than a dozen books, including many New York Times bestsellers. Some of his previous titles include The Kennedy Women, The Kennedy Men, and Sons of Camelot. Leamer has worked for several newspapers; in educational television in Boston; in a French factory; in a West Virginia coal mine; and he was a Peace Corps volunteer in Nepal. He lives in Washington, D.C.