Should bystanders have a legal duty to intervene? Holocaust scholar weighs in (podcast)

If you are a bystander and witness a crime, should intervention be a legal obligation? Or is moral responsibility enough? 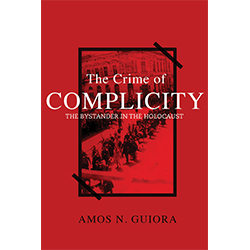 These are among the hard-hitting questions discussed in a provocative and moving conversation with author and Holocaust education advocate Amos N. Guiora. In his new book, The Crime of Complicity: The Bystander in the Holocaust, Guiora addresses these profoundly important questions and the bystander-victim relationship from a deeply personal and legal perspective, focusing on the Holocaust and then exploring cases in contemporary society.

Sharing the experiences of his parents, who were Holocaust survivors, and his grandparents, who did not survive, Guiora examines the bystander during three distinct events: death marches, the German occupation of Holland and of Hungary. He then brings the issue of intervention into current perspective, discussing campus sexual assault cases at Vanderbilt and Stanford, as well as the plight of today’s refugees from war-ravaged countries such as Syria.

Guiora asserts that a society cannot rely on morals and compassion alone to help another in danger. It is ultimately, he concludes, a legal issue. We must make the obligation to intervene the law, Guiora asserts, and thus non-intervention a crime. 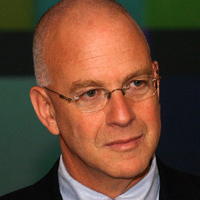 Amos N. Guiora is professor of law at the University of Utah’s S.J. Quinney College of Law, and a retired lieutenant colonel in the Israel Defense Forces. He is actively involved in the effort to legislate Holocaust-Genocide education in Utah public schools. He is the author of several books, including Freedom from Religion: Rights and National Security (2009) and Tolerating Intolerance: The Price of Protecting Extremism (2014).

Previous:
Is it time to rethink solitary confinement? (podcast)

Next:
How a Chinese-American family challenged school segregation in 1920s Mississippi (podcast)