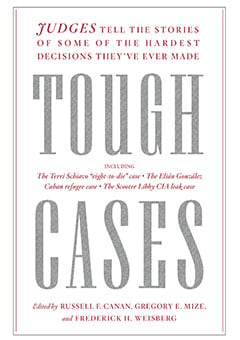 All judges have cases that stick with them and linger in their memories. Sometimes it was because of the high profile of the case, and sometimes an obscure case had personal resonance because of the people or issues involved. In Tough Cases: Judges Tell the Stories of Some of the Hardest Decisions They've Ever Made, readers can learn the backstories to some of these decisions.

In this episode of the Modern Law Library, the ABA Journal’s Lee Rawles speaks with Judges Russell F. Canan, Gregory E. Mize and Frederick H. Weisberg, who all sit on the Superior Court of the District of Columbia. The three judges were contributors to and the editors of Tough Cases.

Canan, Mize and Weisberg share their own stories, including why Canan’s well-meant gesture to avert an injustice in a gun case still troubles him. Mize explains why a child-custody case haunted him for decades and what happened when he tracked down the now-grown child as he was deciding whether to write about it for Tough Cases. Weisberg talks about dealing with the emotional fallout from overseeing a case in which a mother had murdered her four children.

While Tough Cases was initially the brainchild of Canan, in discussions with Mize, Weisberg and their publisher, the project was expanded to include judges from all over the United States and from diverse types of courts and backgrounds. Judges who issued decisions in the Elian Gonzalez Cuban refugee case, the Terri Schiavo “right-to-die” case, and the Scooter Libby CIA leak case all contributed essays. Canan, Mize and Weisberg discuss the process of assembling the essays into the book and the lessons they hope the public—and their own colleagues—can draw from it. 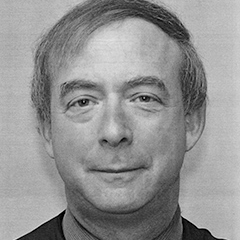 Russell F. Canan is a judge on the Superior Court of the District of Columbia and an adjunct professor at the George Washington University School of Law. He lives in Washington, D.C. 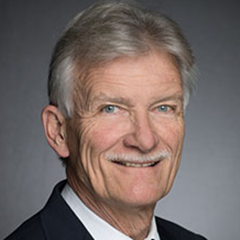 Gregory E. Mize is a a judge on the Superior Court of the District of Columbia and is a judicial fellow at the National Center for State Courts and an adjunct professor at the Georgetown University Law Center. He lives in Washington, D.C. 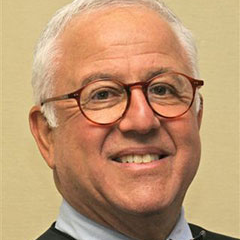 Frederick H. Weisberg is a judge on the Superior Court of the District of Columbia and teaches annually in the Trial Advocacy Workshop at Harvard Law School. He lives in Washington, D.C.