'Tulsa King' and a look at organized crime 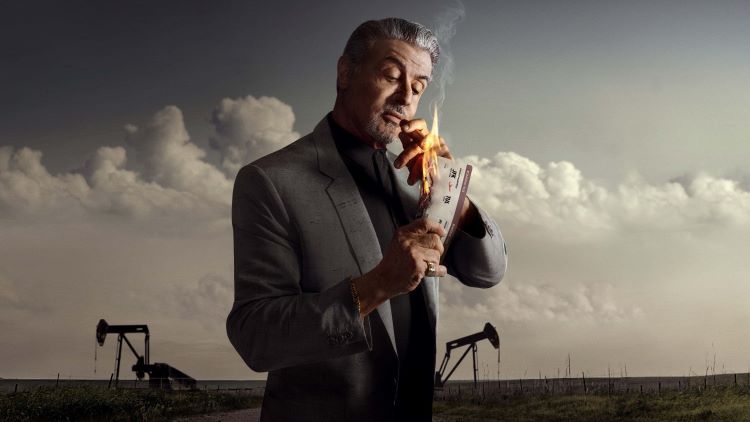 Some of Oklahoma’s most reputable local satire took aim at Tulsa King almost from its inception. Its star (Sylvester Stallone) isn’t a tough target. His increasingly indecipherable delivery and extraordinary physique that belies his age (he’s 76) have created almost a caricature of his former self.

Nevertheless, we are talking about the man who played Rocky and Rambo. Stallone is a cultural icon who had a massive impression on a kid like me growing up in the 1980s, and I wasn’t going to miss the chance to check out a series starring Stallone set in my home state. And as far as I can find, this marks his first foray into “television” (as opposed to stand-alone films).

I guess those classic “fish-out-of-water” scenarios never get old, do they?

I’m a fan of mob movies, but I didn’t know what to expect heading in. Honestly, I was more worried than excited. But after viewing a few trailers, I was prepared for more of an offbeat mob comedy than a crime drama.

That could change as the series progresses, but it doesn’t necessarily need to. I’ve only watched the first episode, but I’ll view a couple more and see how they play out because, shockingly, the initial offering was pretty decent. In fact, it was kind of enjoyable. Add in that large portions were obviously shot in Oklahoma City, where I live and work, instead of Tulsa. Anyone from these parts will recognize various landmarks and locales, and I’m almost impressed.

It’s not all sunshine and good vibes, however. To be frank, the comedy is very hit or miss. Still, Stallone doesn’t take himself too seriously, and that’s refreshing. To be fair, I was one of the few that enjoyed his previous role in Oscar, another gangster farce (say what you will, but it’s better than Stop! Or My Mom Will Shoot). Perhaps I’m just partial to this aspect of his acting, but other reviews seem to be genuinely positive as well.

So, I’ll watch a few more episodes and potentially report back. If nothing else, Tulsa King gives us an excellent opportunity to examine what “organized crime” is and isn’t and how that plays out in court proceedings. 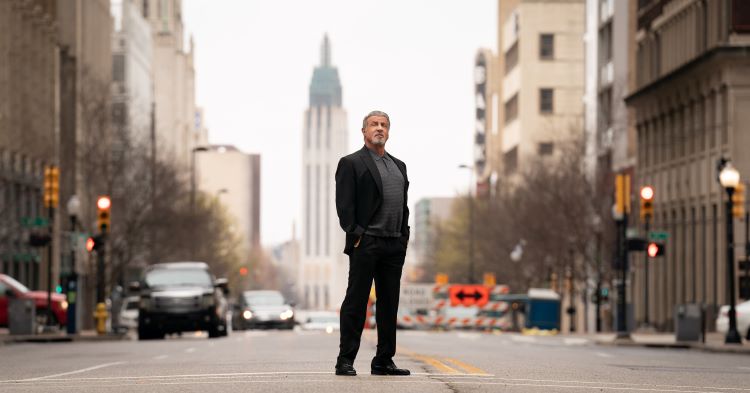 Dwight was given his 25-year sentence due to a murder he committed for New York’s Invernizzi crime family, and as any good mobster would, he kept his mouth shut. As the first episode makes abundantly clear, that loyalty doesn’t do much for him after the fact. Nevertheless, this allegiance and devotion is a quintessential aspect of “organized crime.”

Let’s be clear: Organized crime is “organized” precisely because it’s not disorganized. I know that sounds like circle talk, but it’s a good starting point to understand what differentiates groups like “the mafia” from street gangs. This notion of organization is pretty straightforward: Organized criminal groups usually have a local and national hierarchy. They are much more structured than gangs, which are often more patchwork and simply opportunistic.

There isn’t, however, a considerable discrepancy or deviation between the two. It could be argued that organized criminal operations are simply gangs with more reach and leadership. Even the National Gang Center admits that “[t]here is no single, generally accepted definition of a ‘gang.’” Furthermore, they lay out criteria commonly used to classify a group as a gang:

• The group has three or more members, generally aged 12-24.

• Members share an identity, typically linked to a name and often other symbols.

• Members view themselves as a gang, and they are recognized by others as a gang.

• The group has some permanence and a degree of organization.

• The group is involved in an elevated level of criminal activity.

The National Gang Center expounds on structure as a defining line between street gangs and organized crime groups: “To remain in business, organized crime groups such as drug cartels must have strong leadership, codes of loyalty, severe sanctions for failure to abide by these codes, and a level of entrepreneurial expertise that enables them to accumulate and invest proceeds from drug sales.”

In this sense, organized crime is contrasted by street gangs that “are loosely structured, with transient leadership and membership, easily transcended codes of loyalty and informal rather than formal roles for the members.” While there can be some interplay between them, there seems to be two stark differences aside from the structural component: Gangs are often more individualistic and overt, while organized crime groups are more collective and covert.

Consequently, it will be interesting to see whether Dwight’s Oklahoma operation grows into an offshoot of his organized crime group affiliation or if it simply becomes a ragtag street gang.

How does it work in court?

Now, this won’t surprise those who prosecute or defend criminal cases, but gang evidence can be a very contested aspect of a criminal complaint. Even at the outset, some states, such as Oklahoma, have specific criminal statutes that expressly prohibit and punish gang-affiliated crime more severely than if the same complaint was levied against an unaffiliated defendant.

For purposes of that charge, “[c]riminal street gang” means “any ongoing organization, association, or group of five or more persons that specifically either promotes, sponsors, or assists in, or participates in, and requires as a condition of membership or continued membership, the commission of one or more of” 18 enumerated criminal violations. I’m not going to list them all out, but you can click here to read them for yourself.

The implications, however, of gang-involved criminal allegations don’t stop simply with the prosecution’s charging decision. Even if an individual isn’t accused of a gang-related offense at the case’s inception, the fallout can still follow the defendant to trial.

Prosecutors in Oklahoma love to backdoor propensity evidence through our codification of Federal Rules of Evidence 404(b). When it comes to gang association, they will double down and allege that the affiliation also forms the res gestae of the crime. Granted, there can be some situations where the res gestae argument might be tenable, such as if another gang member ordered a hit, or some other violent act or the alleged crime was committed against a rival gang.

Still, applying those procedural rules should be the exception and not the rule. Nevertheless, I get notice of the prosecution’s intent to use it in almost every case I represent where my client is associated with any group the “good guys” have a problem with. The tactic is something to be aware of and prepare for in those situations.

Speaking of which, maybe Dwight should work on getting a defense attorney out here in the heartland if he continues making moves. After all, he was quick to offer “protection” to a local dispensary in the episode I viewed.

Maybe he should heed his own advice: You never know when protection (legally speaking, of course) will come in handy.