Supreme Court takes a byte out of computer crime law 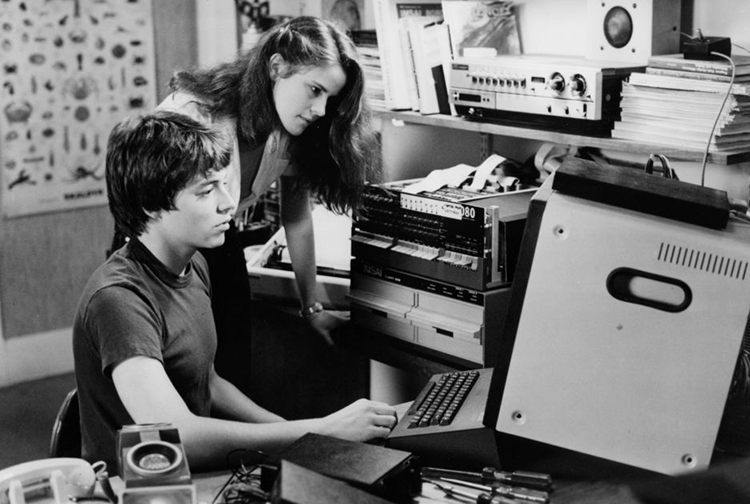 A U.S. Supreme Court decision handed down earlier this month has flown a bit below radar compared with the term’s bigger cases, but it is one that might be of interest to anyone who has ever bent the truth on a dating website or on social media, shopped or checked sports scores on a work computer, or happens to be a fan of the 1983 movie WarGames. 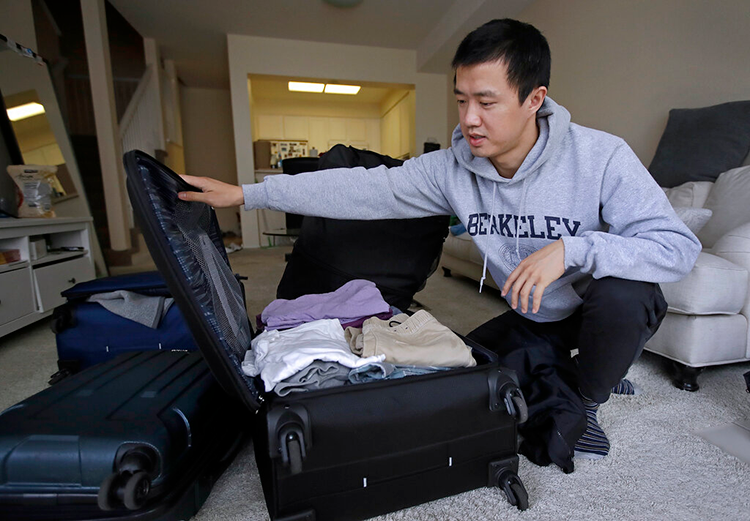 President Joe Biden has made clear that he wishes to make it easier for immigrants to live and work in the U.S.—and he’s connecting this to America’s ability to succeed. 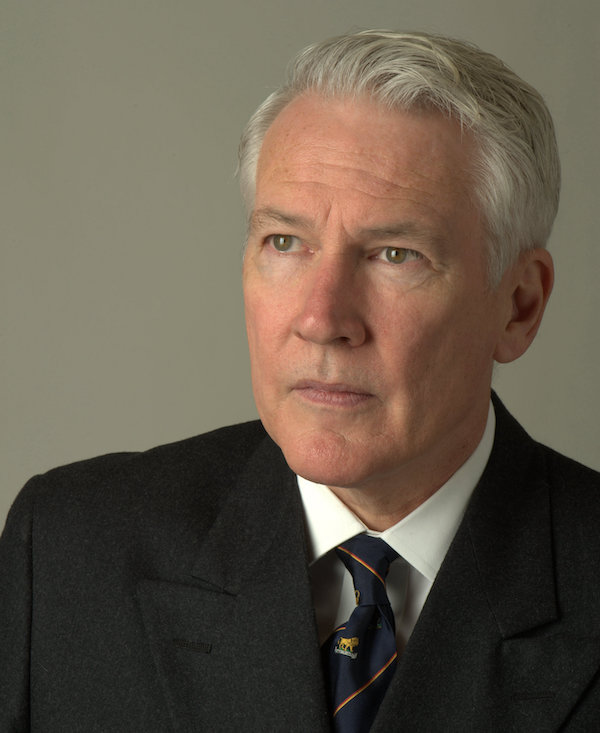 Philip Bobbitt, a Columbia Law School professor, is not sure when the ceremonies will take place in recognition of him being awarded an honorary knighthood by Queen Elizabeth II. At the moment, most of his time is taken up looking after his four young children, and they have different titles for him.

Through a legal career that spans more than five decades, Lawrence Fox has become nationally recognized for his leadership in professional responsibility and legal ethics and his commitment to pro bono work.

As universities set policies regarding coronavirus vaccines and in-person attendance, a New England Law Boston student has filed a federal court claim against the school, alleging the institution required him to wear a mask on campus, comply with social distancing policies and submit proof of receiving the vaccine


Law school overenrollment: A 172 LSAT score may not be what it used to be, according to some

Thanks to an increase in law school applicants coupled with rising Law School Admission Test scores, getting admitted from the waitlist is much less likely this year, and in some cases, there are incentives for incoming 1Ls to defer until 2022.


Meet Mary Ryan, the newest member of the ABA's Board of Governors 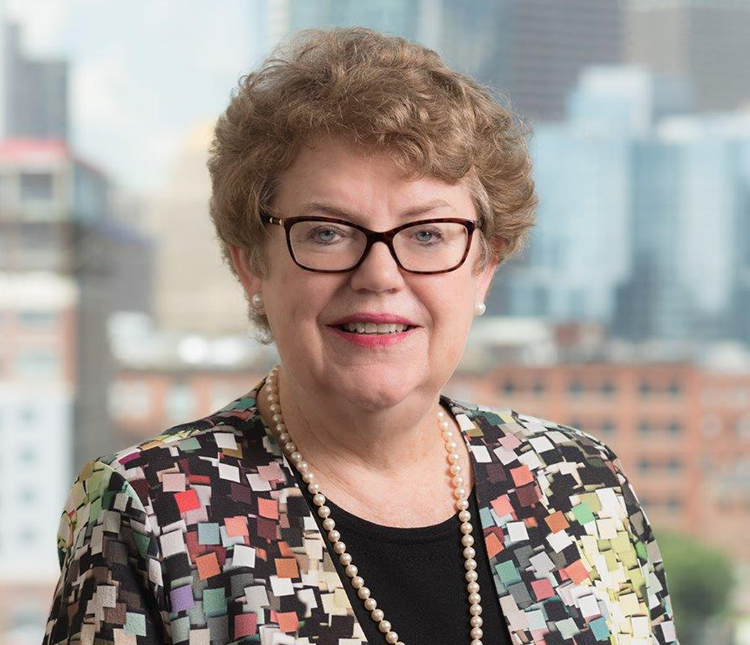 Mary Ryan never aspired to be on the ABA’s Board of Governors, despite serving in other leadership roles in the association throughout her career. But after Kevin Curtin, the senior appellate counsel in the Middlesex County District Attorney’s Office in Massachusetts, died suddenly in December, someone needed to step in as the board’s District 2 representative. 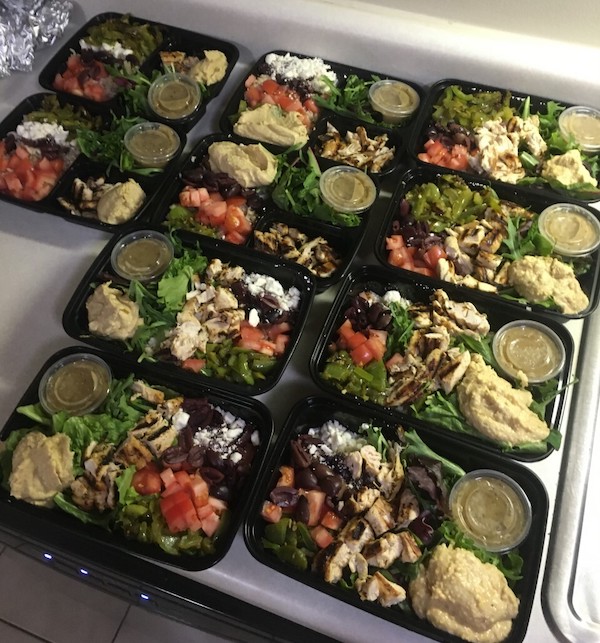 Assembling sandwiches helped recent law school graduate Jacqueline Ingles focus during remote classes, and over the past year she made more than a thousand of them for the Chicago Help Initiative, a nonprofit group that takes food to pantries and free meal sites.


Negotiating the trauma of working with prisoners, pro bono and after hours

Public mandated restrictions to stop or slow the transmission of the disease, including mask mandates, limitations on public gatherings and business closures, have become a divisive political issue. Several Republican and right-leaning lawyers have filed lawsuits challenging these public health measures, leading to some successes in court along with both encouragement and negativity from the public.


More police departments are training officers in de-escalation techniques, but does it work? 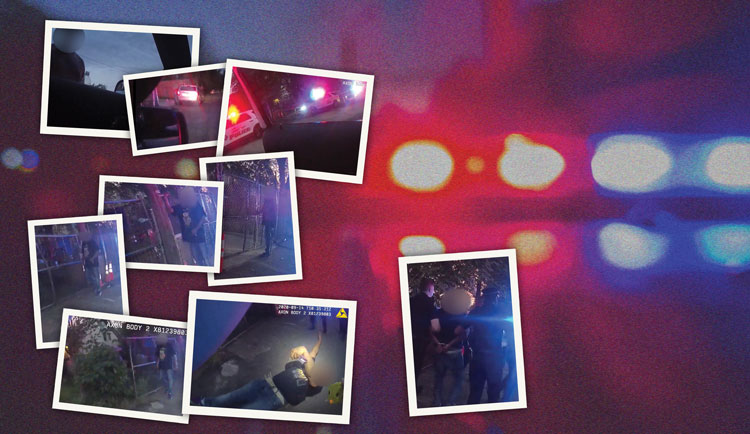 Could police have avoided killing—whether the victims were armed or not? Advocates of de-escalation believe that many such deaths can be prevented. Yet what de-escalation means and how effective it is remain subject to debate.


Do varying legal definitions of race leave room for abuse? 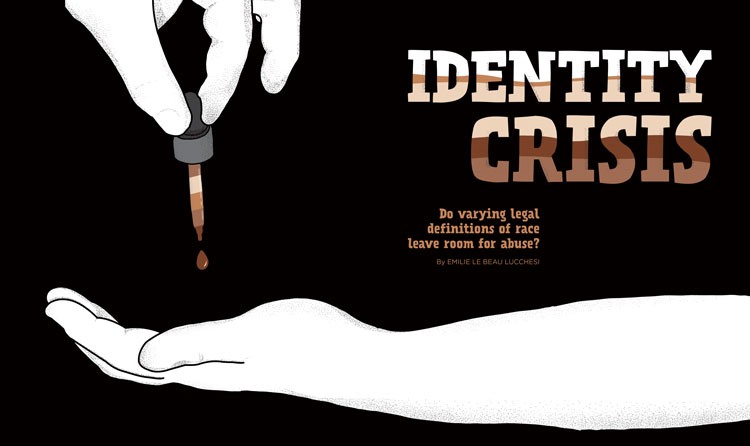 The federal government does not have precise legal definitions of what it means to be a member of a particular race. And with no centralized federal guidance, federal and state agencies have pieced together definitions, applying them in disparate settings. In recent years, these inconsistent definitions have been criticized for allowing undeserving people to fit themselves into racial categories to benefit from contracts, jobs or university admissions slots intended for racial or ethnic minorities. 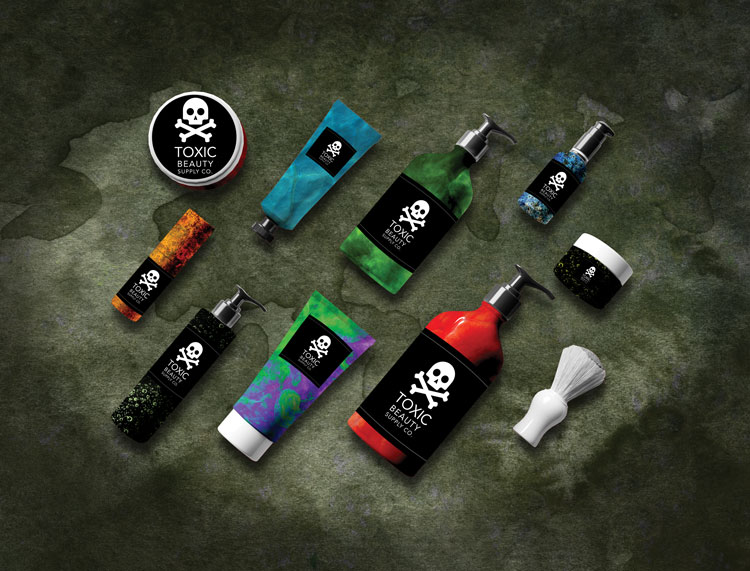 A slew of measures passed in California in recent years in hopes of expanding consumer or environmental protections further afield. Whether it’s product ingredients or data privacy or pollution prevention, California is frequently where such laws start.


Former inmates are battling legal barriers to work as firefighters 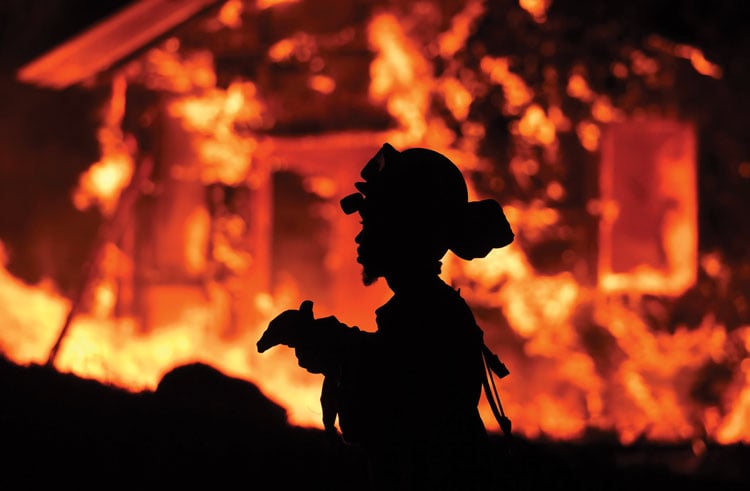 Like their civilian counterparts, inmate fire crew members help protect people’s lives and property, and when they are released, some try to find employment in the fire service. For many, though, full-time jobs can be hard to come by.

Steven Becker wasn’t sure what he’d see at his first exhumation. But here he was, on Sept. 5, 2012, at the Queen of Heaven Cemetery in Hillside, Illinois, on behalf of his client, who insisted that the body in the coffin was not—despite what police said—her son.

Mental health workers say lawyers are more anxious, stressed, depressed and burned out than ever, which was already a lot. The COVID-19 pandemic, however, may have lessened the stigma around attorneys seeking mental health services. 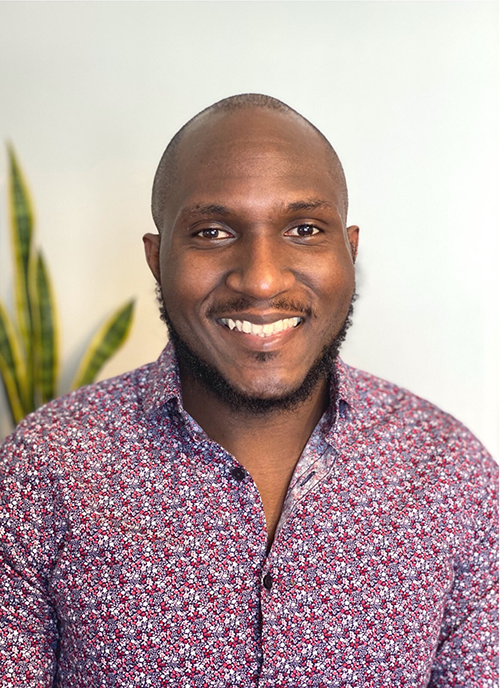 “We think that one of the biggest challenges that people from our background face when applying to law school is access and information, and these are things that can be addressed,” says Brice Ngameni, president and co-founder of Pembe, a mentoring group for people of African descent. “If you just have the right people matched up with the right folks, you can easily make up for that disparity.”

Speculation about whether U.S. Supreme Court Justice Stephen G. Breyer might retire at the end of this term had been running rampant among legal observers this spring when the court itself threw in a wrinkle.


What comes next for law schools with two-year bar pass rates below 75%?

Of the 10 law schools that in 2020 received noncompliance notices for having two-year bar passage rates below 75%, half appear to again have pass rates that do not meet that threshold, according to ABA data released in April.


Despite the COVID-19 crisis, some law schools see increases in jobs for new graduates

When the pandemic started, law schools feared 2020 would be a year like 2009—which was during the Great Recession and saw significantly fewer job opportunities for new graduates, along with many attorney layoffs. But those fears don’t seem to have come to fruition for ABA-accredited law schools. 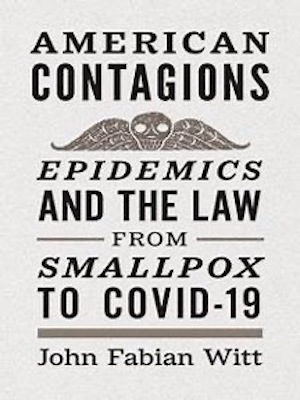 The experience of this novel pandemic in the past year has fueled questions about the role of the federal and state governments in addressing epidemics; the importance of public health versus individual freedoms; the inequities in access to health care and more.


Americans are divided by age and race on the fairness of the justice system, ABA civics survey finds 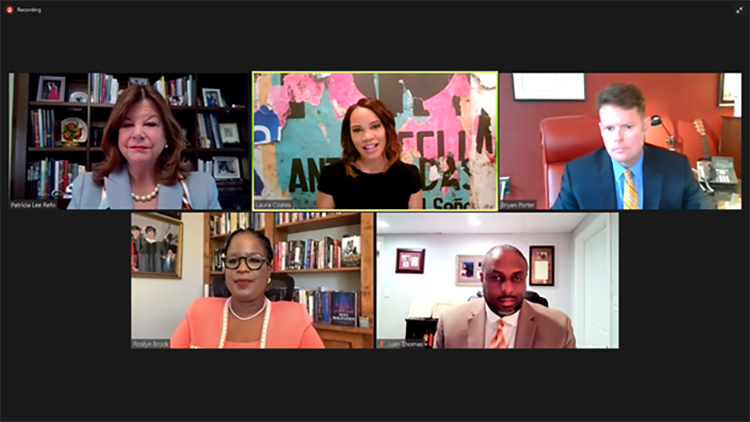 The ABA’s third annual survey of civic literacy, which assesses the public’s knowledge about the basics of U.S. democracy, also included questions about issues related to the COVID-19 pandemic. Its results were released as part of Law Day. 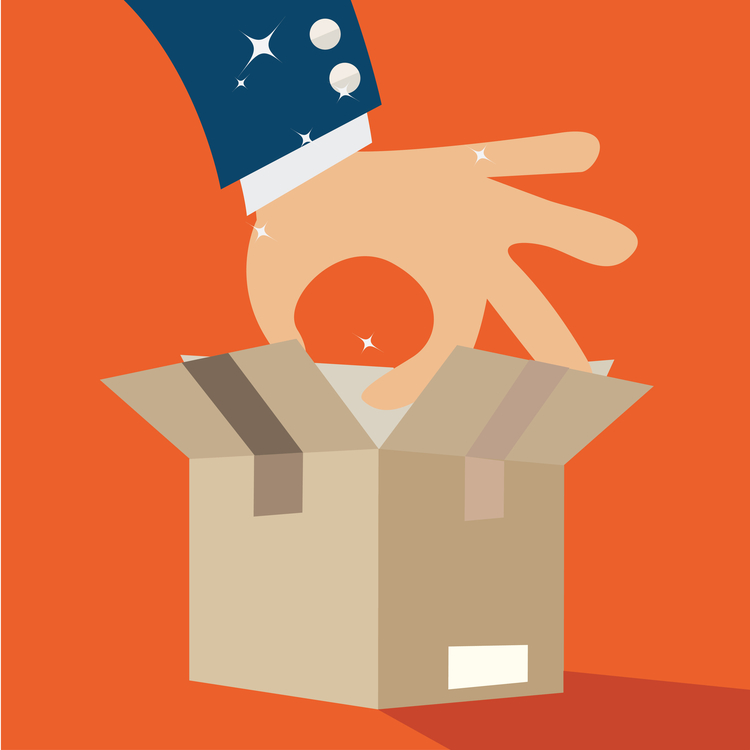 The Law Shop by Skogerson McGinn in Van Meter, Iowa, provides unbundled legal services, which means it helps clients with specific legal tasks rather than assisting them with their entire cases or matters.


How should the legal profession navigate a post-COVID-19 world? ABA group has recommendations 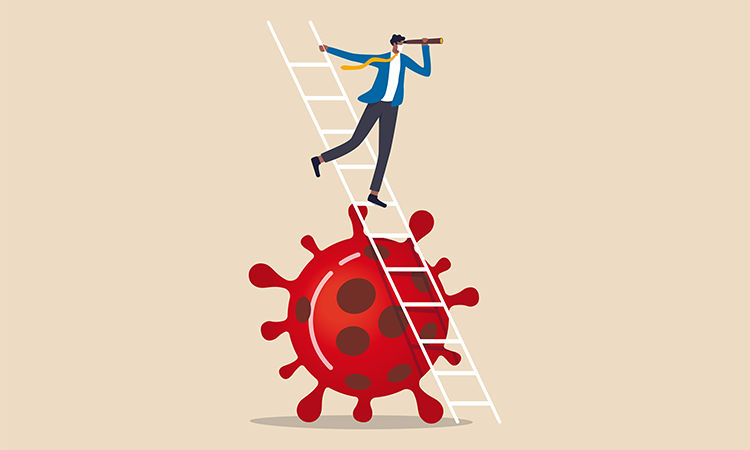 Amid the COVID-19 pandemic, the ABA initiated one of the largest national surveys of its members, seeking to understand both how they had been affected and how they expected their practice to evolve in the future.