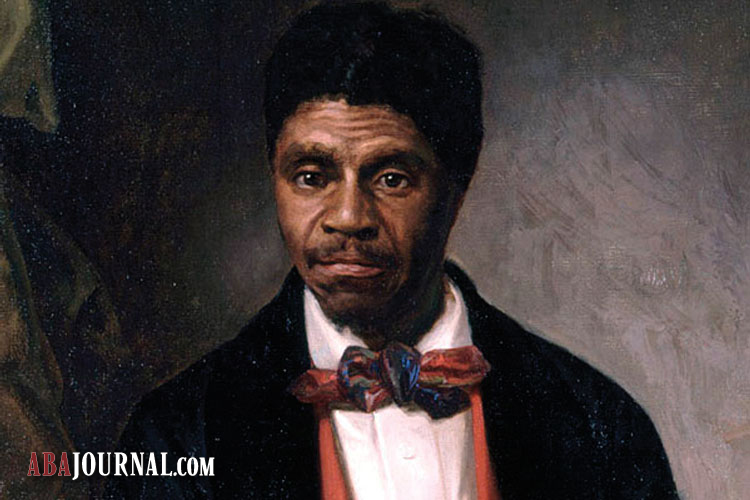 After unsuccessfully attempting to purchase his family’s freedom, the enslaved Dred Scott brought suit in Missouri, asking to be declared a free man. In one of the most reviled U.S. Supreme Court decisions in history, the court ruled 7-2 in Dred Scott v. Sandford (1857) that Scott, his wife, his two daughters and all African-Americans—free or enslaved—were not citizens. Without the rights later granted by the 14th Amendment, Scott had no legal standing to bring suit in federal court.

Outrage over the Dred Scott decision helped fan the flames that led to the American Civil War. As for the Scotts, the four family members were sold by their slave-owners to an abolitionist named Taylor Blow, who had helped fund Scott’s legal battles and whose father had once owned Dred Scott. Blow immediately freed the family in 1857. Dred Scott died in 1858, less than a year later, of tuberculosis. More on Scott’s life can be found at the State Historical Society of Missouri.

Attribution: Photo gallery by Brenan Sharp and Lee Rawles, photo from the Library of Congress