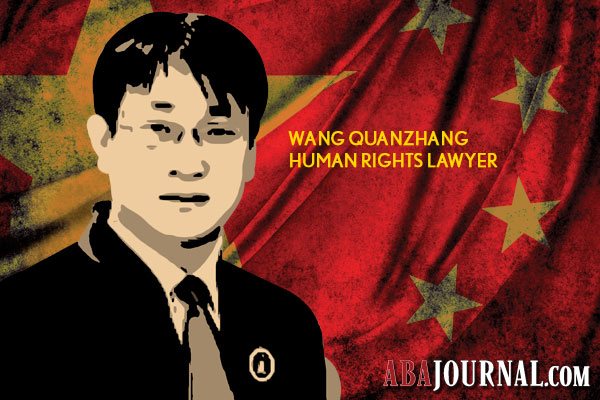 Fengrui attorney Wang Quanzhang had made arrangements beforehand that if he were ever detained by the government, his family was to be given a letter he wrote for them.

Translated by Human Rights in China, the 39-year-old’s letter said in part:

“My taking up the work—and walking down the path—of defending human rights wasn’t just a sudden impulse. Instead, it came from a hidden part of my nature, a calling that has intensified over the years—and has always been slowly reaching up like the ivy.

“This kind of path is doomed to be thorny, tortuous, rocky.

“But when I think of the difficult road we have gone through together, this path seems commonplace.

“Dear Father and Mother, please feel proud of me.”

Wang, who was detained on July 10, had a month earlier been subjected to a beating by court officers, Human Rights Watch reports. While representing Falun Gong defendants in court in Shandong Province, Wang had objected to being prohibited from communicating with the defendants. The presiding judge ordered that Wang be removed for disturbing court order, and he was seized and beaten by court officers, according to Human Rights Watch.

On Jan. 8, it was announced that Wang had been formally arrested for subverting state power. In early January, an attorney Wang’s wife had attempted to hire to defend him was also detained by the government, the Front Line Defenders report. That attorney, Wang Qiushi, has also been placed under residential surveillance, according to Amnesty International.