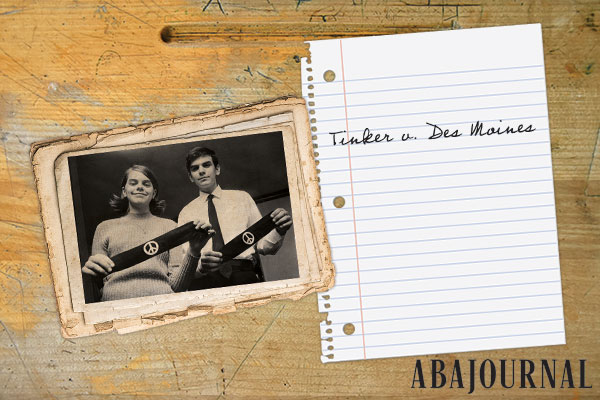 In Tinker v. Des Moines, public school students in Des Moines, Iowa, organized a silent protest against the Vietnam War. Students planned to wear black armbands to school to protest the fighting, but the principal found out and told the students that they would be suspended if they wore the armbands. Despite the warning, students wore the armbands and were suspended. Through their parents, the students sued the school district for violating their right of expression and free speech and sought an injunction to prevent the school district from disciplining them. A U.S. district court sided with the school, ruling that wearing the armbands may disrupt learning. The students appealed the ruling to a U.S. court of appeals but lost, so they took their case to the U.S. Supreme Court. In 1969, the high court ruled in a 7-2 decision in favor of the students. The court agreed that students’ rights should be protected.

“Student free speech case ‘chipped away’ at after 50 years, but ‘overall idea’ remains”