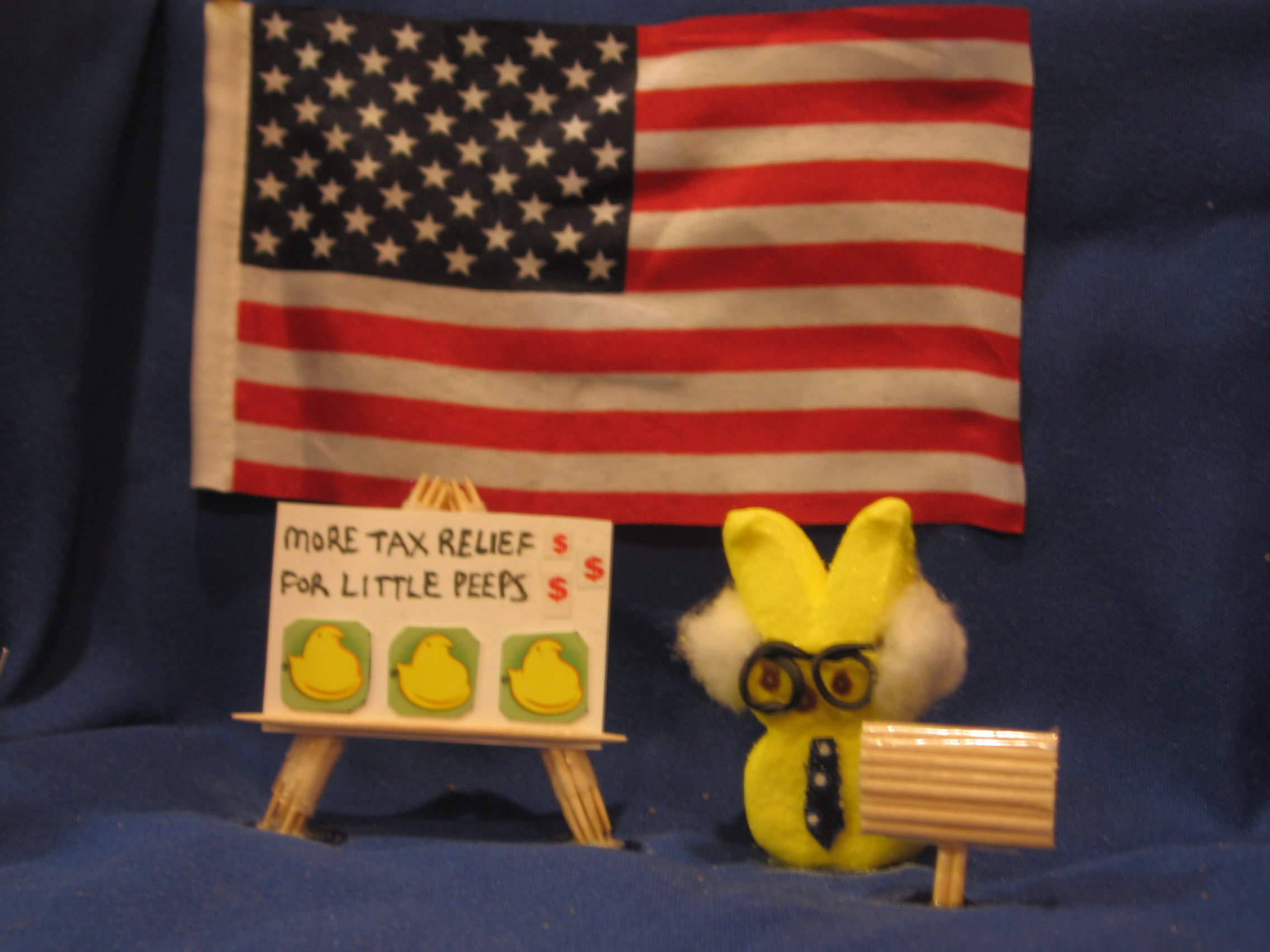 During Sen. Bernie Sanders’ epic talk-a-thon against extending the Bush tax cuts in December, what kept him sustained for eight and a half hours? Unconfirmed sources say it was the sweet goodness of Peeps! What better way to commemorate the faux-filibuster than with the Easter-time treats? A sugary rabbit, bedecked with a blue fabric tie, black glasses made from a twisty tie and cotton-ball hair bears an uncanny resemblance to Vermont’s junior senator, who strives to be a voice for the little peeps.