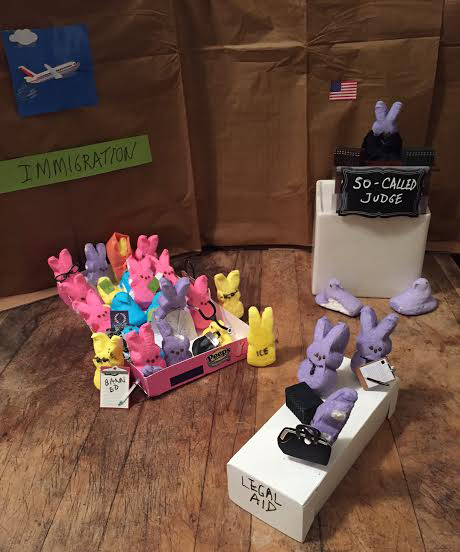 Caption: “When President Trump in late January 2017 signed an executive order banning immigrants from seven predominantly Peep countries, causing chaos at the nation’s airports and filling families with worry, attorneys sprang into action. Some represented Green Card holders and other immigrants at the airports. Meanwhile, the attorneys general for the states of Peepington and Peepesota filed in U.S. District Court for a temporary restraining order in State of Peepington, et al v. Donald J. Trump, et al. On February 3, Judge James Peepart granted the TRO on a nationwide basis, prohibiting enforcement of Trump’s order at all U.S. borders and ports of entry. ‘The court concludes that the circumstances brought before it today are such that it must intervene to fulfill its constitutional role in our tripart government,’ Judge Peepart wrote.”

Attribution: Submitted by by Jennifer LaFleur and James Getz of San Jose, California.