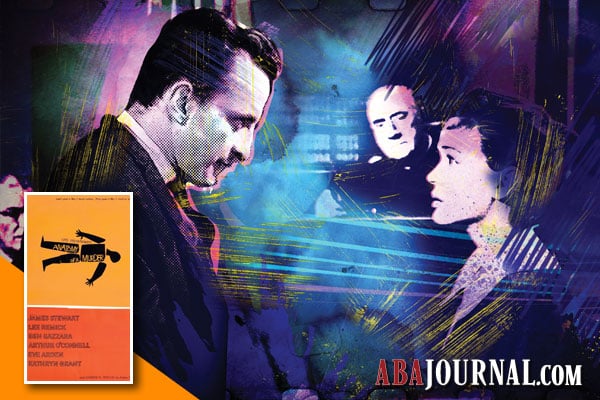 Many critics cite this Otto Preminger film as the first truly realistic courtroom drama. Based on a novel by a former Michigan Supreme Court judge, it depicts the trial of an Army lieutenant accused of murdering Barney Quill, a bartender who he claims has raped his coquettish wife. It stars Ben Gazzara as the foul-tempered defendant, James Stewart as the defense attorney and George C. Scott as Claude Dancer, an ambitious prosecutor assigned to the trial.

Scene: Mary Pilant, the mousey young manager of the inn where Quill was murdered, has discovered a pair of torn panties that would bolster the claim of rape. On cross-examination, Dancer portrays Pilant as a spurned woman, willing to offer false evidence to discredit Quill, whom he assumes to be her philandering dead lover. When Pilant seems puzzled by his insinuations, Dancer leans in angrily for the kill.

Dancer: “Do you know it’s common knowledge in Thunder Bay that you were living with Quill?”

Dancer: “Was what, Miss Pilant? Barney Quill was what?”

Pilant: “Barney Quill was my father.”

The courtroom buzzes with surprise. A stunned Dancer slowly pulls back and sheepishly turns away. He starts to touch his head, but instead adjusts his vest as though he hopes no one will notice his humiliation. No more questions.

Lesson for lawyers: In this painful moment, Dancer has committed a cardinal courtroom sin. He has asked a question for which he had assumed an answer. His total miscalculation leaves the witness intact and his case shattered by a moment of unfettered arrogance.