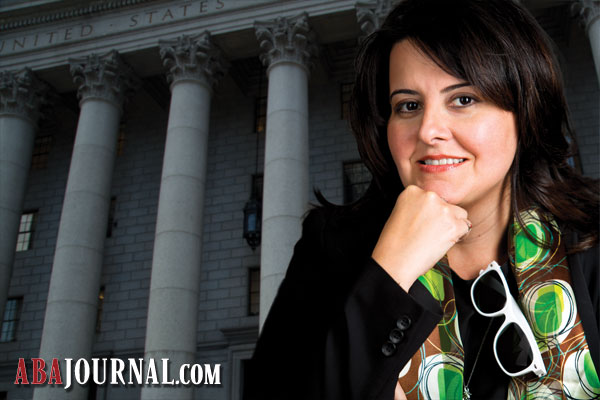 Technology for the defense

Emma Greenwood’s background—working for tech companies and startups—came in handy when she started her own law practice in 2007. She found herself helping attorneys who weren’t comfortable with technology familiarize themselves with the many different types of electronically stored information available in a given case. Her ability to demystify the e-discovery process, as well as create and produce tools to help those lawyers comb through mountains of data more effectively, made her invaluable—especially when it came to keeping e-discovery costs down and ensuring an efficient process.

So when the Defender Services Office of the Administrative Office of the U.S. Courts approached her to serve as a coordinating discovery attorney in 2011, she thought it was the perfect job. “It sounded like what I was already doing,” she says. “Only this would be on a much larger scale.” As one of three CDAs in the entire United States, Greenwood assists federal public defenders and private lawyers who provide free legal services to indigent defendants under the Criminal Justice Act.

Greenwood is not only helping lawyers integrate technology into practices on a larger scale but also helping to level the playing field for the defense.

“The fact that there’s an Emma Greenwood in the Southern District of New York has put the defense bar on a much more equal footing to the government in terms of resources,” says New York-based attorney Bennett M. Epstein, who has worked with Greenwood on a handful of cases.

On a multidefendant burglary case, Epstein says, he asked the presiding judge to appoint Greenwood to the case. The judge didn’t know who Greenwood was or what a CDA did, so Epstein educated the court about her and her role. “She deals with well over 100 of us on the CJA panel,” he says. “She speaks the language and knows it backward and forward. You can trust her.”