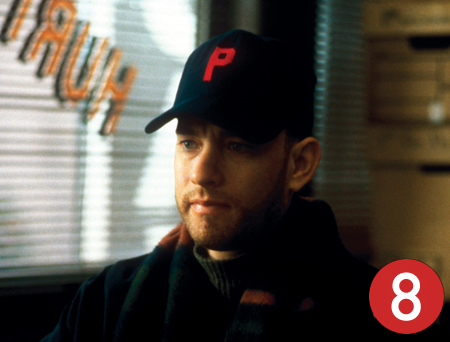 Tom Hanks won an Oscar as an Ivy-educated gay attorney who claims his big-time law firm fired him after discovering he contracted AIDS.

The somewhat dated and self-righteous script is saved by Denzel Washington’s vibrant and nuanced performance as the solo personal injury lawyer who takes the case when everyone else turns Hanks’ character down, and who comes to terms with his own homophobia. Bruce Springsteen fans will enjoy the Boss’s Oscar-winning title song.

Trivia: That the film is “inspired in part” by the life and litigation of Geoffrey Bowers, an attorney who died of aids, is the result of a real-life lawsuit.