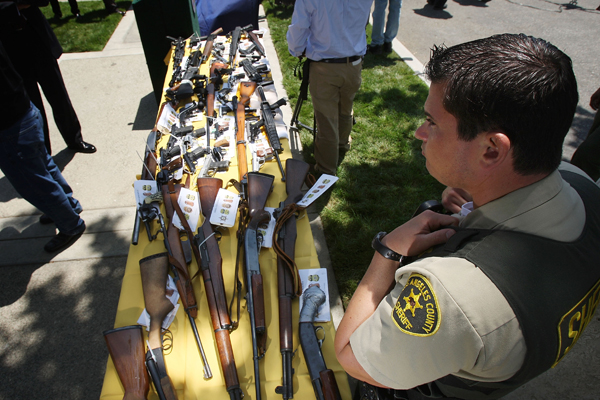 Early in the morning of Sept. 13, 2000, agents from the DEA, the FBI, and a Stanislaus County, Calif., narcotics task force conducted raids on 14 homes in and around Modesto. According to the Los Angeles Times, when local police asked if there were any children in the Sepulveda home, the feds answered, “Not aware of any.” But Moises Sepulveda had a daughter and two sons.

After the police forcibly entered the Sepulveda home, Moises, his wife, and children were ordered to lie face down on the floor with arms outstretched. They were told to remain still as officers pointed guns at their heads. Eleven-year-old Alberto was lying under the gun of Officer David Hawn. Shortly after the raid began, Hawn mistakenly fired his gun. The boy died instantly.

There were no drugs or guns in the Sepulveda home.