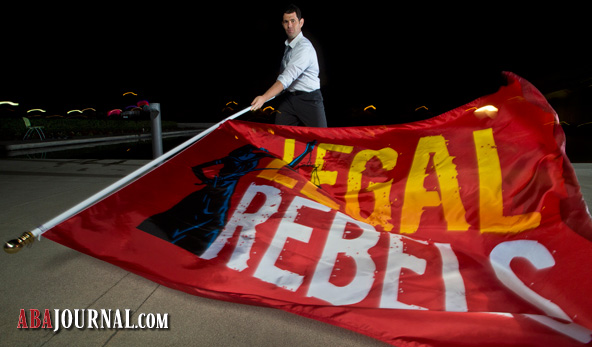 D. Casey Flaherty deals mostly with Kia Motors America’s outside law firms, and he often delivers this jolt: “I genuinely believe that partners’ billing rates are too low.”

But the corporate counsel follows with this: ” … at least compared to billing rates for associates.”

Flaherty’s concern is overspending on work assigned to associates, paralegals and others who bill time, not the high-priced partners whose experience and judgment he values. His unique approach is showing law firms they suffer delusions of adequacy when using software tools that often come free or cheap with desktop computers, to wit: Microsoft Word, Excel and PDF tools such as Adobe Acrobat.

“For too many people it doesn’t go much beyond treating a computer like a typewriter,” says Flaherty, 33, who spent more than four years as an associate with Holland & Knight before moving in-house. “They type into emails and in Word and in Excel boxes, but that’s about it. These tools can do so much more.”

Flaherty has audited the skills among nonpartners at some firms doing work for Kia and others auditioning for it.

Of 10 he’s done, all firms performed miserably except one–a prestigious firm, though the only one with fewer than 200 lawyers. But the relative competence did not stem from being smaller and thus lean.

“The firm emphasized training by not just saying it’s mandatory but making it mandatory,” says Flaherty.

But even at that firm, facility with Excel was lacking, which bothers Flaherty because Kia puts so much information into that format.

One step in the audit asks a law firm associate to search for a particular term in a batch of PDFs. Almost invariably the associate starts using what Flaherty calls “brute force,” opening one document at a time for individual searches. But the software has a function for searching instantly across an entire collection of documents.

When Flaherty typically halts that procedure after just 10 or 12 seconds, “they know they’re toast,” he says. It should have been completed in that time, though it would take them another 10 or 12 minutes.

The associates are surprised to learn how much they don’t know; their supervising partners are shocked to learn that all young people aren’t tech whizzes. And upon learning this, some firms reduced their rates, though fees might climb back up if a later audit goes well. Some outside firms lost out.

A number of the law firms vow to ensure training in the core features of key software, but there’s a two-pronged problem: Training is expensive and extensive. Flaherty’s take is that spending $100 to train a lawyer who bills at $350 seems OK, but doing that with 1,000 lawyers and pulling them away from billable work for considerable periods of time is different.

“The numbers suddenly get astronomical,” says Flaherty, and the possibility of one client, Kia, dropping the firm isn’t likely to convince it to make such an investment.

Flaherty’s endgame might prove disruptive. In collaboration with Suffolk University Law School’s Institute on Law Practice Technology and Innovation, Flaherty is working with a training company to automate the audit so he can give it away to law students and general counsel at other companies.

“Right now there isn’t any market pressure there,” Flaherty says. “If suddenly a lot of clients are putting pressure on them, they’ll do what needs to be done.”

Flaherty says he’s just going after low-hanging fruit–associates billing five hours for something that, with a few knowledgeable mouse clicks or keystrokes, should take no more than 20 minutes and cost $100 instead of $1,500.

“We’re talking about knowing what you can do with a computer and how to,” Svenson says. “It’s being able to connect the dots. And Flaherty’s telling these firms, ‘Show me you can connect the dots.’”