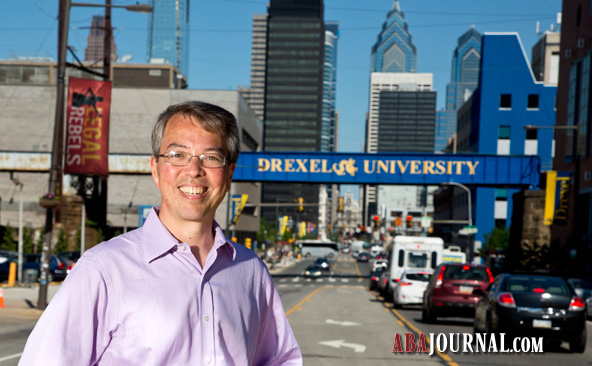 Legal education is geared to litigation, from case studies and rules and procedures to moot courts and mock trials. So are legal clinics and real courtroom experience. But whither our future transactional lawyers?

Over the past 10 to 15 years, transactional law clinics have gained some traction–there were fewer than two dozen a decade ago, and now half or more law schools have them.

But the transactional-training movement went on steroids four years ago when Karl Okamoto set out to solve a problem raised by some of his students at Drexel University’s Earle Mack School of Law, and by other professors on an email discussion list: Why was there was no equivalent of moot court for those interested in transactional law?

Compared to the natural theatrics of moot and mock courts, dramatizing a deal is daunting, Okamoto says. Moot court requires single-focus preparation, and it begins and ends in a day; while deals play out in painstaking stages, usually over several months.

“Designing something that is both realistic and engaging with all the various parts, yet doable, proved harder than it first appeared,” says Okamoto, 51, who has a background of working deals as an associate at Skadden, Arps, Slate, Meagher & Flom and as a partner at both Dechert and Kirkland & Ellis, as well as launching entrepreneurial endeavors on his own and handling investments.

In a competition Okamoto dubbed LawMeets, students get fact patterns for a deal and play the roles of buyer, seller and client. Over a period of months, they have conferences; draft, exchange and mark up documents; and then negotiate the deal. Prominent transactional lawyers judge their documents and negotiations, as well as offer feedback. Then the students get to watch the pros haggle over the same terms.

“That’s when we think the ‘ahas’ begin,” Okamoto says.

Okamoto’s brainchild has quickly become a very big deal. In 2010, teams from 10 law schools competed at Drexel in Philadelphia. By 2011, the number had grown to 30 teams and Okamato launched a new venture, with 10 teams competing in an intellectual property version of LawMeets. Come 2012, growing popularity spawned five regional competitions and a total of 54 teams, with the winners going to Philadelphia for a national championship. And this year there were six regional competitions and 74 teams, with finalists going to Drexel.

Last July, the National Science Foundation awarded Okamoto a $500,000 grant to develop an online version of LawMeets with virtual apprenticeships via ApprenNet, on top of earlier grants totaling $180,000. He has expanded beyond legal education, offering the same structure to interactive learning communities for other specialties such as nursing students and restaurant workers.

“The online platform lets you give hands-on, practical learning exercises to hundreds or thousands of students–with peer review and interaction with experts,” Okamoto says.

That’s a huge change from a generation ago, when transactional law was taught mostly from textbooks and then learned at the sides of deal-making partners.

“Now these kids are getting to see what a purchase agreement looks like and know what indemnification means,” says Ann-Marie McGaughey, a partner in the Atlanta office of McKenna Long & Aldridge. She was a judge this year for LawMeets’ Southeast regional competition held at Emory University School of Law.

“I didn’t realize I wanted to do transactional law until I was in a law firm,” she says. “Then I learned by doing. This is unique in how it gives them true-life experience.”

The Association of American Law Schools launched a new Section on Transactional Law and Skills in 2010, and there are hopes it will move from provisional to permanent status this year.

“Karl was the Johnny-on-the-spot saying ‘Here’s how to teach this stuff,’ ” says Eric Gouvin, chair of the AALS section and dean of the Western New England University School of Law.

“He was on to something good, at the right time and right place as transactional studies in law schools were being taken more seriously,” Gouvin says. “We’re finally seeing transactional law come of age in the academy.”