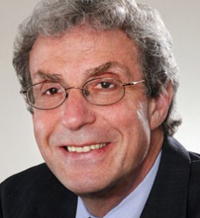 There is a deep access-to-justice crisis in this country—but the legal profession gets a failing grade for its response to it. Consider this:

• More than 61 million people eligible to receive legal aid—for such fundamentally important matters as avoiding the foreclosure of their homes or losing parental rights—are not receiving it.

• Millions more with modest incomes cannot easily afford to pay lawyers the standard rates they usually charge so they often ignore their legal problems or handle them on their own.

And the problem, as I discuss in my book, The Legal Profession: What is Wrong and How to Fix It,” is getting worse.

There have been steep cutbacks in the Legal Services Corporation—$80 million between 2010 and 2013—and declining support from other sources such as private foundations. These cuts came at a time when the U.S. has a record 46.5 million people living in poverty and financial stability for the middle class is eroding.

What is the legal profession doing about this grim situation? Not nearly enough. It has long been assumed that access to justice in the United States is superior to anywhere else. Not true—see the World Justice Project Rule of Law Index (PDF), sponsored by the ABA and the International Bar Association, among others. Our legal system fares particularly badly when taking into account the accessibility in our legal system to disadvantaged groups and the availability or the cost of legal assistance.

I’m not suggesting everyone in the legal profession is ignoring the problem. There are many devoted legal service providers. Other attorneys—sole practitioners and many in small and BigLaw firms—such as those in DLA Piper, where I served as a partner for 20 years—are committed to providing pro bono service. But the profession’s annual levels of pro bono service fall woefully short of where they should be.

In its Model Rules, the ABA says lawyers “should aspire to render at least 50 hours of pro bono public legal services per year.” Yet in its latest survey of pro bono service (PDF), 38 percent of respondents acknowledged doing fewer than 20 hours of service a year. Only 36 percent of lawyers surveyed reached the 50-hours goal.

That is hardly the response needed by our legal profession to resolve the access to justice crisis.

Before there can be success, the legal profession and the states that regulate lawyers need to take a hard look at current ethics rules and make changes. Pro bono should be mandatory for all practicing lawyers. Aspirational goals simply aren’t enough. And bans keeping qualified, trained nonlawyers from providing some assistance need to be dropped.

It’s clear that the legal profession cannot address all unmet legal needs on its own. This will require that states eliminate restrictions that preclude qualified and appropriately trained nonlawyers from providing assistance. The Washington State Supreme Court already has adopted a limited-practice rule for licensed legal technicians. Under the rule, approved in 2012, nonlawyers who meet specified education, training and examination requirements are permitted to, among other things:

• Gather facts and explain their relevance to the client.
• Inform the client about deadlines and necessary documents to be filed.
• Provide a client with self-help materials prepared by an attorney.
• Perform legal research and drafting letters as long as the work is reviewed and approved by a Washington lawyer.

In March of last year, the Washington Supreme Court approved family law as the first practice area in which to license limited license legal technicians. California, which already allows nonlawyers to help people fill out legal forms, is considering similar provisions. The ABA Task Force on the Future of Legal Education in September 2013 endorsed the concept of licensing nonlawyers to deliver limited legal service. It is time for other states to pursue this course.

States also need to modify existing restrictions that preclude lawyers from assisting those who are representing themselves. Particularly important is the need to authorize lawyers to provide limited-scope representation—giving guidance for a reduced fee or on a pro bono basis on how to handle a legal proceeding or to review and comment on legal documents such as agreements or wills.

Rule 1.2(c) of the ABA Model Rules of Professional Conduct—which most states follow—does specify that a lawyer may limit the scope of a representation. However, more guidance is needed, especially on how this should be accomplished in a manner that is fair to all parties—the pro se client, the lawyer providing the limited advice, opposing parties and their counsel, and the court.

The approach taken in Colorado provides one model of how this may be done. Colorado’s ethics rule and supporting commentary encourage “limited representation” of pro se clients, but also require the lawyer to explain the risks and benefits of such representation to the client. While the lawyer’s name must appear on any pro se court filing, that does not constitute an entry of appearance.

The ABA Standing Committee on Ethics and Professional Responsibility takes a different position on the need to identify the lawyer providing the limited representation to a pro se client. In its 2007 Ethics Opinion 07-446 (PDF), the committee opined that “a lawyer may provide legal assistance to litigants appearing before tribunals ‘pro se’ and help them prepare submissions without disclosing the nature or extent of such assistance.”

Regardless how that particular issue is resolved, jurisdictions that have not yet done so should join those—such as Maryland and the District of Columbia—which are reviewing proposed rule changes to encourage broader use of limited scope representation.

Finally, it’s time to look to senior lawyers and in-house counsel for help. Hundreds of thousands of lawyers will reach retirement age by 2015. There are many talented and experienced lawyers among these retirees. States must devise ways to permit qualified senior lawyers who would otherwise be on inactive bar status to represent or assist in the representation of those with nowhere to turn for help on legal matters. States should also remove other unnecessary restrictions which preclude other qualified lawyers—such as in-house counsel licensed in other jurisdictions—or trained and properly supervised law students from providing critically needed pro bono service.

Some jurisdictions are beginning to reform their rules. Now it’s time for the legal profession and the states—with support from the ABA—to embrace and build upon these initiatives and take the necessary actions that are required.

Sheldon Krantz is a distinguished visiting professor of paw at the University of Maryland Carey School of Law. For close to two decades, he was a litigation partner at DLA Piper, where he founded and headed New Perimeter, its award-winning international pro bono nonprofit affiliate. Previously, Krantz served as dean of the University of San Diego Law School and as a law professor at the Boston University Law School, after working as a Massachusetts criminal justice agency director and federal prosecutor.