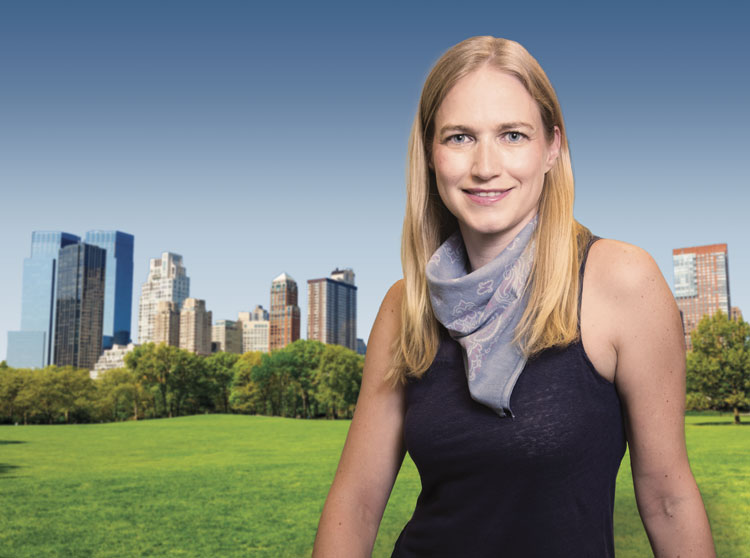 With no permanent home address, Asay has been staying on couches of friends and family to extend her financial runway. It is a far cry from her gilded path in BigLaw.

Allegory’s genesis was a series of spreadsheets that Asay made as an associate. Working under the tutelage of Orin Snyder, a Gibson Dunn partner, she started to compile extensive spreadsheets of litigation materials to assist in some of Snyder’s most complex cases.

“From day one she was a star—without question and without comparison,” Snyder says.

Asay’s early spreadsheets “mapped the case in a way that was simple, transparent and accessible,” Snyder says. Asay’s “ability to put together disparate parts of a case was her talent,” he adds, and that’s why Allegory works.

While many think litigation management software is the next wave of legal technology, Allegory, like any startup, has had bumpy moments. At first, the members of Asay’s engineering team were paid in equity; and when they decided the product was ready to launch, Asay disagreed, thinking more work was needed. This forced the company to a standstill, and it took a year to raise the money needed to buy out her partners so she could restart her work.

Since then, she closed a convertible debt round in early 2014 and raised $715,000 from individuals in late 2016. She only recently started taking a salary.

Even with this success, Allegory has not raised professional venture capital, and Asay thinks her gender plays a role. “It is undoubtedly harder as a woman to raise professional money,” Asay says.

She says the reason for this challenge is twofold. One, the venture capital world is male-dominated, and individuals like to “invest in people and ideas that they understand and relate to on a basic level.” Second, Asay says that when she approached an angel investment group focused on female founders, she was told “their investors wouldn’t understand the legal space.”

To make progress, Asay says, “we need not only more women investors but more women at the top in traditionally male-dominated fields.”

Undaunted by entrenched biases, Asay says her company is lucky to have received significant support from industry leaders.

One of those leaders is Bob Rowe, CEO of Integreon, an e-discovery and document review company. Both an Allegory investor and board member, he says he’s involved because of Asay’s tenacity—and the fact that the current state of litigation management software “is very kludgy and very inefficient.”

Allegory’s simplicity is elegant, Rowe says, and lawyers are “crying out” for it.

Asay’s ideal outcome for Allegory is to scale through partnerships. “I think Allegory can be really powerful teamed up with a larger company,” she says, although she is not currently in acquisition talks.

As for her future, Snyder thinks Asay either will be Allegory’s successful CEO or an acquired CEO looking for her next challenge. “Either way, she’ll be rich,” he says.