‘You can’t incarcerate away drug problems,’ says Ann Aiken, who proposed a tech tool for parolees

Ann Aiken has long been troubled by the number of new federal prison inmates being locked up for violating supervised release.

Each year between 8 and 15 percent of inmates are finding themselves behind bars for probation and parole violations, many of them related to drugs, according to the Administrative Office of the U.S. Courts. 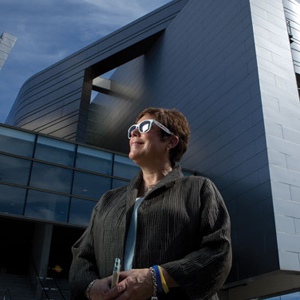 So Aiken began to think of ways to lower the re-entry rate. In February at the Data Privacy Legal Hackathon in New York City, she pitched a concept to a group of developers who she hoped could come up with a tool to help people successfully complete their supervised release.

Ideally, the device would be wearable and enable those on supervised release to have easy access to probation officers and other support personnel via text and phone. It would also include apps to help find medical resources. And the device should quickly connect individuals to substance abuse prevention meetings with a simple touch of the screen.

“I call it ‘Little Brother,’ because it should help set you free,” says Aiken, who in 2005 started one of the first federal re-entry courts, based on state drug courts. As of 2013, 56 of the 94 U.S. district courts have some sort of problem-solving court.

Having Aiken, chief judge of the U.S. District Court for the District of Oregon, make the pitch was enough validation for Dan Lear, a Seattle lawyer who is overseeing the team working to make Aiken’s vision a reality. The team consists of lawyers, law students and the legal research team of the Massachusetts Institute of Technology’s Media Lab.

“Because she is a federal judge, we certainly didn’t worry about vetting her or what she had to say much further,” says Lear, explaining that he and many others were intrigued by her idea, even if it was off topic at the data privacy event. Lear’s team submitted a basic website wireframe and other planning documents at the hackathon, and they came in second place. The work continued in August in conjunction with the ABA Journal’s Hackcess to Justice event at Suffolk University Law School during the ABA Annual Meeting in Boston.

“That was real validation that there is a need for this,” Lear says.

Aiken would like to see the idea expanded beyond her area to other state and federal courts. “We’ve learned that you can’t incarcerate away drug problems,” says Aiken, 62.

“My goal is to teach individuals under federal supervision that asking for help is a sign of maturity,” she says. If they think they’re going to use drugs, Aiken says, the device “is a safe way to reach out for help.”

The idea isn’t as much of a stretch as one might think and is akin to electronic monitoring devices. But Aiken’s approach takes the concept a step further, says Mark Sherman, an assistant division director for probation and pretrial programs at the Federal Judicial Center. “Why not have something that could serve the same purpose but also be smart technology, that engaged two-way interactions?” he asks.

A native Oregonian who grew up in Salem, Aiken now lives in Eugene, where her late husband, James Klonoski, was a political science professor at the University of Oregon. She makes the drive to the Portland federal court about twice a week.

Roxanne Osborne, a Klamath County, Oregon, circuit judge, has been a close friend since they were classmates at the University of Oregon School of Law. Aiken, Osborne says, initially missed the human interaction that federal judges often must forgo.

“She’s a very creative thinker, and she’s been able to make it into a job that suits her better,” Osborne says of Aiken, a mother of five boys.

“She’s not a super-controlling person, and everything didn’t always have to be perfect,” says Osborne, when asked how her friend juggled a career and five sons. She also notes that Aiken and her husband shared childcare duties equally.

One of Aiken’s sons is a lawyer, and another recently graduated from law school. She also lost a child, Nick, to suicide, when he was 29 years old. Aiken describes him as a brilliant, athletic young man who struggled with depression and a rare blood disorder that caused fatigue.

Aiken traces her passion about re-entry and legal services delivery to her experience with her son and how she wanted a variety of medical experts working together as a team to look for solutions to his health problems. “I know how hard it was for us, and we had resources that many people don’t,” Aiken says.