BigLaw is looking for change in all the wrong places: Part II 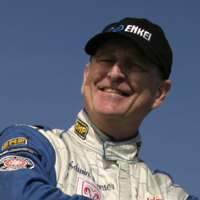 Previously, we identified two fundamental problems with the business model prevalent in many of our big law firms today, though it is by no means limited to big law firms.

This is where the “start over” of the new business model really begins. In some ways, it is the rediscovery of what made your firm successful in the first instance. The price/value proposition for customers is not the problem; it is merely a symptom. Many struggling law firms were successful in the past precisely because they did deliver a price/value proposition that was perceived by clients as outstanding. What happened?

Is the problem bloated overhead and uncontrollable or unmanageable costs? Is it the “billable hour” versus fixed-price or other alternative billing arrangements? Of course not. The problem has been a lack of courage and discipline to create and deliver what clients in every industry ask for: a better-quality product and service for a better price—to provide increased value. Firms stopped investing in people and the future of the enterprise as an institution, and they did it long before the onset of the Great Recession. We would still be facing this problem in the future, but the Great Recession accelerated and compressed it into a shorter period of time. Clients were clear in expressing what they wanted. Instead of giving it to them, the all-too-frequent leadership response was to raise rates, flog people to bill more, and internally reallocate profits. The free fall in realization rates shows everyone the pragmatic client response.

Firms have disenfranchised large numbers of partners from the decision-making process, stripping them of any real participation in the exercise of ownership rights. Thus marginalized, and receiving ever less information, even partners now think and act more like piecework laborers and not shareholder-officers with any sense of responsibility for the actions of the firm or the outcomes and results of the enterprise. Those who question, let alone challenge, the decisions and policies handed down without their participation are harshly disciplined to make the message clear that such debate is no longer a part of the process. Partners in leadership positions are increasingly not leaders, but those with enough power to demand positions and allocate to themselves, and to their friends, increasing shares of money and other rewards. The confusion of the position of leader, with the fulfillment of the role of a leader, has never been more apparent. The short-term approach of present-day law firm management in too many firms appears to have more in common with a smash-and-grab visit to a Tiffany’s counter than exercise of fiduciary duty for one’s partners or a long-term responsibility for colleagues’ careers, let alone delivering a better value proposition for clients.

Can a law firm that has lost its way resurrect itself by finding its culture once again? That depends on the unique circumstances of each firm and the condition it is in when the effort begins.

The solution to the problem is simple. But for those with the power to solve the problem, it is most difficult. Not to try to come to grips with the culture challenge is to face a potential dissolution outcome that is likely far more damaging to many more people.

Firms with real leaders will have a chance to make it. That means the first key will be whether the firm retains enough people in positions of power and influence who embrace the core values of its culture, or can identify and put such people in key positions. Firm culture may have been diluted through inattention internally, and through lateral transfer additions made without identifying and requiring adherence to those core values during the hiring process. A second key is whether, bound together by culture, the firm “leaders” will subscribe actively to being creators of enterprise value that benefit the entire firm (and themselves in that process), rather than an elite entitled to withdraw wealth from the firm (even if it is at great cost to those beneath them in the hierarchy). This is such a fundamental feature of leadership that Confucius identified it thus: “To know what is right and not do it is the worst cowardice.”

Firms just have to find those leaders, put them in the positions necessary to make it happen, and get behind them with the support needed to work positive change. It won’t be easy.

It will be worth it. It is a simple matter of choice, sponsored by a single question: Do you have the courage and culture to do it, and to do it together?

It isn’t a gloomy scenario. There has never been a time with more opportunity and incentive to create law firms that demonstrate a culture and shared values that deliver a value proposition that clients want, fair compensation commensurate with contribution, and an environment for the professionals and staff that is worth working in. If existing firms don’t do that, it isn’t a permanent problem. There will be plenty of new firms springing up that will do it. Those firms will be staffed with excellent professionals from firms that didn’t.

Edwin B. Reeser is a business lawyer in Pasadena, Calif., specializing in structuring, negotiating and documenting complex real estate and business transactions for international and domestic corporations and individuals. He has served on the executive committees and as an office managing partner of firms ranging from 25 to more than 800 lawyers in size.