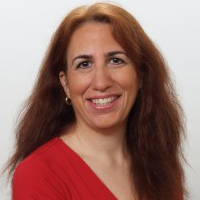 Though the media would have you believe otherwise, the truth of the matter is that most solo and small firm lawyers want to be good.


Though the media would have you believe otherwise, the truth of the matter is that most solo and small firm lawyers want to be good. Not a week goes by on SoloSez, the ABA’s 3,500-plus solo and small firm e-mail discussion list without a solo seeking guidance on ethics questions like “Opposing counsel isn’t licensed – do I have a duty to turn him into the bar?” or “I represented Client A in a divorce 3 years ago. Client B wants to sue a company where A is a minority shareholder. Conflict?” or “How can I take credit card payments and still comply with IOLTA rules?”

The questions raised by solo and small firm lawyers on SoloSez represent just the tip of the iceberg.

As our profession moves at warp speed through the 21st century, solo and small firms are routinely confronted with myriad techno-ethics questions about permissible use of meta data, outsourcing work to other lawyers in the U.S or overseas, reconciling credit card payments with trust accounts, determining whether software as a service and unencrypted e-mail sufficiently protects client confidentiality, providing unbundled online services and conforming blogs and social media to antiquated advertising rules that likely date back to the time that John Bates first secured lawyers’ right to advertising.

Trouble is, as the complexity of ethics questions increases, the bar associations shrink from the challenge.

To be fair, the economy has taken a toll on bar budgets. Between disciplining true scofflaws and kowtowing to BigLaw’s priorities, neither the ABA nor state bars have the resources or the inclination to resolve the ethics questions that plague solo and small firm lawyers. In addition, many bars adopt a wait-and-see approach, preferring to get a sense of where a trend is heading before issuing definitive rulings.

Moreover, many who make the bars’ rules lack the skills to address today’s 21st century problems. Consider, for example the ABA’s recently launched Ethics 20/20, designed to address the ethics challenges that lawyers face in the 21st century. Though the project sounded promising, the committee is dominated by BigLaw attorneys and academics (when’s the last time a professor advertised legal services online?) Of the two solo/small firm attorneys on the panel, one firm doesn’t even have a website (or at least one that I could find). And from I could tell from a cursory look, no one on the committee blogs or engages in social media.

Smart as these folks may be, it’s a challenge to regulate lawyers’ use of PayPal accounts or Google Apps or Twitter if you’ve never used them yourself.

Uncertainty on Ethics Encourages the Unethical

The ABA’s and state bars’ refusal to step up to the plate and issue clear guidance on tricky ethics problems doesn’t stop the conduct, however. Lawyer marketing is big, big business, and the major players have the revenue to retain experts to advise on ethics issues, as well as the resources to take risks. Likewise, some lawyers are, sadly, so ignorant or greedy that they wouldn’t recognize an ethics violation if it slapped them in the face. These lawyers can’t be bothered by lack of clarity on ethics.

The bar’s failure to offer guidance disproportionately impacts solo and small firm lawyers who are naturally risk averse. Many solo and small firms are less likely to leap out in front and test the limits of the bar rules because to err could mean losing their license and their livelihood.

Even if lawyers wanted to research ethics rules themselves, they face hurdles. Though most bars post their ethics rules online, some (like Maryland, where I’m also licensed) cloister ethics opinions behind a fee wall. The bars zealously guard their ethics opinions like crown jewels; because they’re copyrighted, even many commercial providers can’t procure them (something I learned to my dismay after purchasing a subscription to the ABA/BNA ethics research service).

Hello – ever hear of due process? Shouldn’t the lawyers regulated by bar associations have access to the laws that govern our conduct and potentially impact our livelihood. In an Internet age where entities from courts to AmLaw 100 firms are making millions of megabytes of information available online and in searchable format at no charge, there’s simply no excuse whatsoever for the bars to lag behind in this regard.

As the saying goes, nature abhors a vacuum. But most solos abhor ethics complaints even more. The vacuum left by bars’ inaction on ethics questions and intransigence in making information available simply invites the unethical and unscrupulous to invade the field, making it even more difficult for clients to locate ethical lawyers.

Lack of Coordination Penalizes the Bars’ Own Interests

Bad as the bars’ inaction on ethics is, sometimes action is even worse given that the bars make no effort to coordinate their rulings. Consider the crazy quilt of ethics rules governing metadata. Some bars hold that lawyers who fail to cleanse ethics data from documents compromise client confidentiality. Other bars hold that lawyers who intentionally search documents for meta data violate ethics rules. The D.C. Bar, one of three jurisdictions where I practice splits the baby with a policy on metadata that’s too complicated for me to remember offhand.

A solo like myself needs my own in-house ethics counsel just to litigate a case.

I’ve always thought that bars are protectionist, intent on promoting the interests of those lawyers in their jurisdiction. Ironically the, the bars’ conflicting rules actually wind up penalizing their own attorneys. Consider the phenomenon that New York personal injury lawyer Eric Turkewitz describes as ethics washing, where lawyers from a more permissive jurisdiction can use the Internet to advertise in a more restrictive state.

Or even consider bars’ inconsistent rules on seemingly trivial issues like testimonials, endorsements or ability to advertise specialties. These days, all of these features are de rigeur for social media. Let’s say a lawyer practices in jurisdiction A and B, with A prohibiting testimonials and endorsements, but B does not. The lawyer couldn’t post testimonials, and therefore is at a competitive disadvantage to other members of State B bar who can. Thus, Bar A’s rules are hurting its own members.

Though I could go on with my list of grievances, I’d rather focus on solutions. For starters, let’s bring the ABA and the bars into the 21st century, where through websites, blogs and social media, lawyers from the strictly solo to those at the largest law firms, operate in national and even global markets.

Fifty different sets of state bar rules plus an ABA Model Code, all with conflicting provisions, impede commerce. Consider, for example, the current complaint that’s been filed against Total Attorneys, a mega-lawyer marketing company (and ABA Journal advertiser). The media’s been chock full of press on why one lawyer would file 50 complaints against Total Attorneys. To me, the more pressing questions is why 48 different bars will each issue their own ruling to resolve the complaints. One lawyer-nation under one code, I say!

More importantly, pooling bar resources to develop a single set of rules would save significant resources. Moreover, a pooled approach would allow for development of well reasoned guidance for dealing with 21st century problems grounded on ethics imperatives and technologic reality. In addition, a pooled approach would give the bars resources to respond nimbly to ethics questions as they arise and offer clear, prompt guidance to lawyers, not to mention put ethics resources online at no cost. Even with a uniform approach, each state bar would retain control over their own disciplinary programs. Thus, while one body would set the rules, each state bar could enforce them.

As the bars foist continuing legal education on their members, they should take a lesson and keep themselves up to date on emerging trends.

The ethics challenges that we lawyers face in the 21st century are great. So too are the possibility for harnessing technology and social media to expand meaningful access to law to all. Let’s improve our ethics system so that it works in way that promotes justice instead of impeding it.

Carolyn Elefant is a solo practitioner focusing on energy law in Washington, D.C. She’s an early adopter of technology for her law practice, having hand-coded her firm’s website in 1995 and joining the first generation of lawyer bloggers in 2002. Elefant blogs at MyShingle and is author of the book, Solo by Choice: How to Be the Lawyer You Always Wanted to Be.