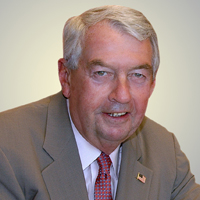 Friends say Brooklyn’s top prosecutor, Charles J. Hynes, has the mindset that only psychopaths belong in jail, and that other defendants oftentimes just need some extra help.


Friends say Brooklyn’s top prosecutor, Charles J. Hynes, has the mindset that only psychopaths belong in jail, and that other defendants oftentimes just need some extra help. And the Kings County district attorney offers that help through a variety of diversion programs.

The latest, the Veterans Project, offers nonviolent veteran offenders alternatives to jail time like mental health services and rehabilitation programs. It’s open to all veterans but was inspired by those returning from active duty in Iraq and Afghanistan.

According to Hynes, about 8,000 people in New York City have recent military experience, and it’s possible that up to 30 percent of them will suffer from post-traumatic stress disorder. Jonathan Lippman, chief judge of the state of New York, asked Hynes for help on the project, and he’s joined by the district attorneys for Nassau and Queens counties.

One Brooklyn case involves a defendant charged with four bank robberies, and each time he demanded money with a written note. “Were it not for the fact he was diagnosed with post-traumatic stress disorder, he’d be tried in the system, found guilty and receive a significant jail sentence,” Hynes says.

A lifelong Brooklyn resident, Hynes, 74, grew up in Flatbush and now lives in Bay Ridge with his wife, Patricia, a former emergency room nurse. They have five children and 16 grandchildren.

Hynes’ father, who at one point was a successful Wall Street trader, died an alcoholic. He routinely beat Hynes’ mother, who supported the family working as a real estate broker. Due to his mother’s Catholic faith, the couple never divorced.

Hynes, who in October will celebrate his 46th wedding anniversary, recalls going to court with his mother, and he wonders whether he could have had a better relationship with his father had the courts offered diversion programs.

“I recognized that it was important as a survivor to talk out so that other people would understand what happens to someone,” Hynes says. “And over the years I’ve run into people who say, ‘I’m part of the club.’ ”

A former legal aid lawyer who went on to have a private criminal defense practice, Hynes was first elected Kings County DA in 1989. One of his early programs was the Drug Treatment Alternative to Prison. Started in 1990, DTAP was the first of its kind run by a prosecutorial agency. According to Hynes, there are now fewer than 12,000 Kings County offenders in jail for drug-related crimes, down from nearly twice that number.

Programs providing treatment can also help cut a prosecutor’s costs. “When people come out of prison, you have to have a structure for them to reduce this insane recidivism rate,” Hynes says.

So is he that rare prosecutor with a big heart? “Aw jeez, I’ve got plenty of flaws I don’t like to share with people, but I try to be sensitive to other people,” Hynes admits. “You can recognize the basic goodness of people and try to do something to restore that.”

Working for Hynes means you must come up with new program ideas. Patricia Gatling, his former first assistant, recalls him meeting with senior staff annually to discuss suggestions.

“It wasn’t as if he’d just listen to your idea and say, ‘Next—I don’t like that.’ Every single idea was implemented, and he would try it,” says Gatling, now New York City’s human rights commissioner.

In 1989, when Hynes ran for district attorney, it was on an anti-corruption platform. After almost 20 years, collaboration seems to be what really works in his office.

Gatling recalls a training program sparked by police stopping several black male assistant DAs for no particular reason. Hynes, she says, was outraged, and she thought he would “declare war.”

How Hynes ultimately handled the situation surprised some: His office analyzed the cases, saw where the stops were occurring, and met with police chiefs. Through the research they saw that many cases involving black drivers were dismissed.

Next, Hynes’ bureau chiefs held training sessions for police officers, who brought their dismissed cases to discuss. “We did it under the cloak of legal training. The police loved the fact we’d have the best and brightest there, so they could challenge them,” Gatling says. “And then we noticed the numbers went down, so it worked.”

Hynes also chairs the ABA’s Criminal Justice Section and is a former vice president of the National District Attorneys Association. “I have this longtime dream that I can bring these two former bitter adversaries together,” he says.

Check out these projects Hynes has helped to create: