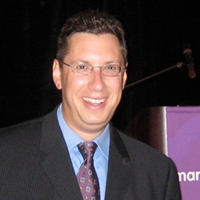 Dan Schwartz is a rabid Yankees fan, a former contestant on Who Wants to Be a Millionaire?, a father of three and a Connecticut Bar Association junkie—although, as his Twitter bio notes, not necessarily in that order.


Dan Schwartz is a rabid Yankees fan, a former contestant on Who Wants to Be a Millionaire?, a father of three and a Connecticut Bar Association junkie—although, as his Twitter bio notes, not necessarily in that order. Schwartz, a partner in Hartford at the regional law firm Pullman & Comley, is also the man charged with leading the Connecticut bar into the 21st century—kicking and screaming at times, he wryly notes.

“Voluntary bar associations serve as a very valuable resource,” Schwartz says, “but it used to be that lawyers in the state saw each other all the time in court and interacted more often. Part of that is lost as we move toward a more technical profession. We aren’t going to court as much and there are a lot more demands on people’s time.”

Even in a state like Connecticut, where it’s only a two- to three-hour drive from one border to the other, Schwartz says, traffic and substantial demands on lawyers’ time inhibit professional relationships and networking opportunities.

As chair of the Task Force on the Future of the Connecticut Bar Association, Schwartz hopes a fully revamped website and social media profiles will create outlets for bar members to foster relationships and open professional growth opportunities.

“Technology is viewed by some with a little bit of a skeptical eye,” says Schwartz, 38. “But in my eye it’s a tool to get things done. We are doing the same things we’ve always been doing, but we are using technology to do it in ways that are cheaper, faster and a more productive use of people’s time.”

Jumping feet-first into the blogosphere expanded the national reputation of Schwartz’s own practice, and also raised his profile as the go-to guy on Connecticut employment issues. A quick Google search finds his blog, the Connecticut Employment Law Blog, in the top spot.

Probably right where it should be for a guy who is affectionately described by his wife, Carol, as a handsome geek.

“Google views the blog as something people should look at,” he laughs. “It’s very exciting and I joke with my friends that I’m no more of an expert than I was 18 months ago, but Google thinks I am, so it must be true.”

Schwartz’s broad reach—with his blog and Twitter feed (@danielschwartz), which has almost 800 followers—as well as his passion for employment issues, is similar to that of Tom Goldstein, co-founder of SCOTUSblog, says Proloy Das, chair of the Connecticut bar’s Young Lawyers Section.

“I think there’s a group of younger lawyers whose passion is starting to reward them because of the Internet,” Das says. “Dan’s been blogging, reporting and analyzing, and all of a sudden because he had the right niche to reach an audience, he’s earned himself a national reputation.” As a member of the ABA’s policy-making House of Delegates, Schwartz was the first representative to use his Twitter feed to report on the 555-member body’s debates live from the House floor.

Schwartz’s experience and knowledge of how to harness a particular audience and build an online community is what led the bar association to follow his suggestion to build from scratch an interactive website that will launch this fall.

The new forum will stream video and webinars, provide one-click shopping for CLE materials and dues renewal, and provide a platform for division chairs to create their own webpages and interact virtually with users. Bar association members will also have access to an integrated master calendar that connects with other bar associations across the state to avoid event conflicts and to simplify planning.