How law firms are innovating when it comes to hiring 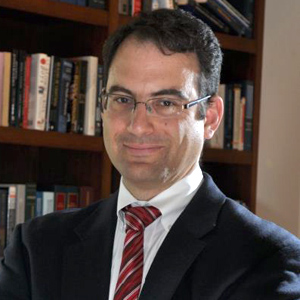 “You never want a serious crisis to go to waste,” then-Chief of Staff Rahm Emanuel said at the outset of the Obama Administration. And yet, for many organizations, inertial forces are very difficult to overcome and crises—like what the Great Recession meant for law firms—fail to inspire innovation. So it goes in the world of law firm hiring.

The legacy model of law firm hiring, which has prevailed over the last several decades, involves screening applicants purely on grades and what schools they attended. The second screen, often conducted without regard to identified competencies that matter for clients or success, is “would I enjoy going out to lunch with this person?” For many applicants, the test is therefore “can I put on a good face at lunch?”

For most industries, such hiring processes are truly yesterday’s practices. For starters, many have observed how unstructured and subjective standards can allow implicit biases to hold sway in hiring decisions. Such approaches also generate poorer results. At Google, for example, even the first screen used by law firms is now out, with Laszlo Bock, the senior vice president of people operations for Google, revealing to the New York Times that “our data crunching” tells us that GPA is “worthless as a criteria for hiring.” By contrast, a major law firm partner told me recently that the firm might not hire a very successful lawyer, even if that lawyer had a significant book of business, if that lawyer had not been in the top 10 percent of his or her law school class. Just another concrete example that change is hard, particularly for our tradition-bound profession.

Happily, some law firms are getting the memo. At Kilpatrick Townsend, a national firm that combines a significant IP practice with general work, the new normal is one where excellence in a predefined set of competencies, including resilience, an ability to work in teams, empathy, and leadership, is central to getting hired. The interview process, therefore, is not about having an unstructured conversation at a meal. Rather, the applicants are invited to an offsite retreat that includes behavioral interviews with seven different law firm team members. The firm also asks everyone invited to this offsite event to conduct a group project and a writing assignment. In effect, the firm seeks to evaluate directly the sorts of activities that associates are asked to do on the job. For law firm hiring, this is a radical concept.

The results of its initial effort surprised Kilpatrick Townsend. For starters, some of those candidates who looked great on paper, or even at lunch, failed measurably. The firm tells of one applicant who, when asked to work on a group project, stood apart from the group texting. The firm also reported that the more intensive interviewing effort had a tremendous “second order effect”: The lawyers and staff involved in this effort built bonds with one another and more self-consciously embraced the norms that the firm was seeking to develop.

Other law firms are developing similar experiments geared to discern more directly the competencies that lawyers will actually be called up to display in practice. At Womble Carlyle, for example, applicants are asked to submit a short video in which they respond to questions that call on them to demonstrate their thoughtfulness in addressing issues that they would face in practice.

Similarly, Schiff Hardin worked with Lawyer Metrics (a company founded by Indiana University Maurer School of Law Professor Bill Henderson) to develop structured behavioral panel interviews that it could use in its hiring rather than the legacy subjective model, which the firm believed was hurting its efforts to find the best talent and promote a more diverse talent pool. (For a compelling challenge to the profession on the need to redouble diversity efforts, see Deborah Rhode’s piece here.) The firm complemented these interviews with a writing assignment—one that involved summarizing legal information for a non-lawyer—that all applicants were asked to complete onsite at the firm during the interview. The firm’s professional development partner, Lisa Brown, reported that this approach generated more selectivity in giving offers, a greater rate of their acceptance (with the professionalism and fairness of the interview process cited as a significant factor), and a notably more diverse group.

The opportunities for law schools, which should be obvious, are not easy to embrace. Most notably, there are a set of competencies that go beyond “thinking like a lawyer” that law schools need to teach, including the very ones identified by law firms adopting new models of hiring—resilience, an ability to work in teams, empathy, and leadership. At the University of Colorado Law School, where we are making the effort to do just that, I can report that these other competencies, which are sometimes labeled as “soft skills” or “emotional intelligence,” are as hard to teach as they are important. Such elements of being an effective and ethical professional, however, can be learned through experience, mentoring, and sustained feedback.

I remain convinced that both law schools and law firms will learn the lessons discovered at Google and other major companies over the long term. The good news is that major corporations are increasingly demanding lawyers who understand their businesses, are part of an overall team, and are creative problem solvers. Moreover, more and more major corporations are looking for ways to help law schools teach such skills and help develop a new generation of legal professionals (such as Cisco’s partnership with Colorado Law). But with a profession as conservative as ours, these changes will take time and require a major cultural shift before they take hold.

Phil Weiser is the dean of the University of Colorado Law School and executive director and founder of the Silicon Flatirons Center for Law, Technology, and Entrepreneurship at the University of Colorado. He has also served as the deputy assistant attorney general at the U.S. Department of Justice’s Antitrust Division, and as the senior advisor for technology and innovation to the National Economic Council director at the White House.