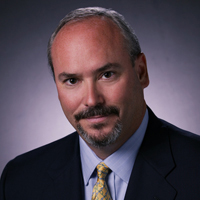 GC Jeffrey W. Carr went looking for a few good lawyers this year—lawyers who want to earn more than their hourly rate. By early August, he had them.


GC Jeffrey W. Carr went looking for a few good lawyers this year—lawyers who want to earn more than their hourly rate. By early August, he had them.Carr and his legal team are now in discussions with the eight law firms they’ve invited to work with FMC Technologies Inc., where Carr says he pays outside counsel 107 percent of what they bill the Houston-based oil field services company.

Not surprisingly, there’s a catch. Any firm that wants a piece of the $7 million Carr says the company spends annually on outside legal work must agree to play by Carr’s rules. And that’s no small thing because Carr, 53, has actually created those rules—rewritten the performance paradigm, if you will—and they’re designed to increase the reward but also the risk.

What he’s created is the Alliance Counsel Engagement System, or ACES, a “values-based engagement method” for outside legal services. There are specific rules for specific work (see sidebar), but the upshot is this: The sooner specific goals are reached, the more money a law firm stands to earn; the more unplanned work is done, the higher the risk that the total bill could be reduced.

At one point, Carr tried to patent the system and considered licensing it. But for now, he says, it’s available for free directly from FMC, or it can be accessed by any company using Serengeti Tracker.

“It’s a pretty easy supply curve—I am willing to pay you more money per hour for fewer hours and more success,” he says. “Every law firm always says, ‘I want to partner with you,’ but they ought to go back to law school and see what partner means. It’s a sharing of risks and rewards.”

If this sounds like the work of a rogue economist, that’s half right. While a student at Georgetown University Law Center, Carr racked up nearly enough credits in graduate-level economics classes to earn a master’s degree. At one point he left his private practice to become an investment banker and international consultant. But he discovered being a lawyer was at his core, so he joined FMC Corp. in 1993, first working as an international lawyer and eventually rising to general counsel in 2001 with an FMC spinoff, FMC Technologies.

Carr had thought an in-house law department with no reliance on billable hours would be more efficient than a firm. He now says he thought wrong. “I was sitting here saying, ‘Why don’t we work more efficiently? Why don’t we use standard forms? Why do we all act like solo practitioners in a beehive?’ ”

Starting in 1997, he began to formulate a different way to do things, developing ACES and ACES LT (for nonlitigation work). After years of experimentation and tweaking, Carr ramped up use of the models around 2001 and has increased usage ever since.

One lawyer who’s spent a decade successfully playing according to Carr’s rules is Houston litigator Rick Simses of Beirne, Maynard & Parsons, who uses terms like creative and win-win to describe the system.

“It makes the law firm more conscious of the litigation budget,” he says, adding that FMC has always been flexible when it comes to adjusting case goals when circumstances like newly added parties or new issues arise. “Because if it wasn’t fair,” Simses says, the system “wouldn’t work for more than a case or two.”

Carr credits ACES with increasing law firm efficiency so significantly that FMC’s legal spending between 2002 and 2008 was “relatively flat,” even though the company grew from $2.1 billion to $4.6 billion during that time. FMC paid more than 100 firms last year, but it relies on the work of about 15 core firms, he says, which represent 85 percent of the money spent.

It’s all part of Carr’s continued commitment to business unusual at FMC. “We are committed to change,” he says. “And we are very committed to doing things better.”

Check out “Playing with ACES” to see how the whole system works.