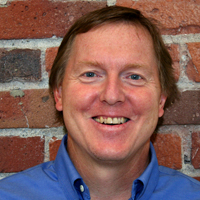 In 2003, when Seattle-based lawyer Kevin O’Keefe needed to think, he sat alone, blank sheet of paper in hand, in the garage.


In 2003, when Seattle-based lawyer Kevin O’Keefe needed to think, he sat alone, blank sheet of paper in hand, in the garage. Seven years earlier the former trial attorney had founded his own La Crosse, Wis., law firm, which drew praise for its successful online marketing tactics.

From there, O’Keefe designed Prairielaw.com, a Web-based legal community inspired by early AOL message boards and financed by the dot-com boom. When the boom went bust, he sold the venture to LexisNexis in 2001 to be integrated into Martindale-Hubbell’s Lawyers.com site.

And working at a makeshift desk—a door laid across two file cabinets—under the glare of a shop light in his Bainbridge Island, Wash., garage, O’Keefe, 53, constructed the pieces of his latest company, LexBlog.

Its website says “everyone at LexBlog is an e-business-savvy Internet fanatic,” and they help teach lawyers how to successfully promote their own practices online through niche blogs and other forms of social media. He also founded LexTweet, one of the most complete compilations of lawyers who use Twitter.

“I knew there was a better way to use the Internet,” O’Keefe says of the time he spent figuring out his next move after the acquisition of Prairielaw.com. “I just wasn’t sure how to connect with lawyers on that topic to let them know.”

O’Keefe had discovered nearly seven years earlier that simply slapping up a law firm website screaming accolades didn’t garner client trust. Instead, he promoted his law practice by building an authoritative presence on message boards and in chat rooms devoted to personal injury claims, his area of legal expertise.

In November 2003, O’Keefe came across a short article about TypePad, a new blogging service for professionals and small businesses. The blog publisher said it expected to have 10,000 subscribers within the first 90 days of its launch.

“It wasn’t the blog publishing tool that intrigued me,” O’Keefe says. “It was the fact that 10,000 users saw value in paying for this, in having a blog.”

That same month, O’Keefe launched his own weblog, Real Lawyers Have Blogs, as a way to share information with a targeted legal audience. He quickly learned the blogosphere provided an easy way to reference the discussions of other bloggers, who in turn drove traffic back to his site. But he still needed to figure out how to utilize this new form of communication as a professional tool.

For a while, Real Lawyers Have Blogs “just sat in the TypePad atmosphere,” O’Keefe says. “My biggest fear was that I was going to be seen because I didn’t know what I was doing, and [the blog design] was ugly. I knew I had something, but I didn’t know yet how to use it.”

Still, as more lawyers sought O’Keefe’s advice on creating their own blogs, the entrepreneur knew he was on to something. So it was back to the garage, where he planned the foundation for LexBlog, which he incorporated the following April.

“I sat with a piece of paper and thought about everything the service would need to provide,” O’Keefe says. Those necessities include brainstorming sessions with clients on specific topics to create engaging legal blogs, an innovative design team to create custom templates, coaches to train new bloggers, Web and technology support, the ability to secure titles and domain names, and search engine optimization—ensuring that a website is among the first listed when Internet users search for keywords. (LexBlog also features his Real Lawyers Have Blogs site.)

“Kevin is our dreamer,” says LexBlog’s Ashley See, who instructs lawyers on ways to be better bloggers. “He is always thinking about where we are going and what we are doing. He’s our forecaster and Magic 8 Ball.”

Today, O’Keefe and his team of 20 employees receive two to three inquiries a day from lawyers and law firms around the globe seeking their expertise. Clients are carefully vetted to ensure a successful partnership. To date, the company’s revenue has grown 50 to 100 percent each year, and LexBlog maintains a 96 percent client retention rate.

“We are making decisions based on what’s best for the clients,” O’Keefe says of LexBlog, which he self-funded through bank loans and a second home mortgage as opposed to a venture capitalist partner.

“Those things don’t bother me as much as other people because I feel very passionate about looking for what you love to do and throwing your heart into it,” O’Keefe says of the risks of starting his own business. “Nobody is going to do that for you.”

“There are an awful lot of people in this country, lawyers included, that want to work with entrepreneurial innovators,” he adds. “The clients that started with us six years ago are still with us today.”

Wilmington, Del., litigator Francis G.X. Pileggi, a partner at Fox Rothschild, credits O’Keefe’s turnkey operation with the success of his own Delaware Corporate and Commercial Litigation Blog, where he summarizes recent state court decisions. Pileggi relies on LexBlog to host his 5-year-old blog and to keep him updated on the latest developments in the fast-changing realm of social media.

“Blogging is the most rewarding thing I’ve done in 20 years of practicing,” says Pileggi of his posts, which are read by lawyers in all 50 states and more than 100 countries. “It’s time-consuming, but the return on investment is phenomenal.”

Blogs are only the start of the approaches lawyers will need to embrace in social media for the growth of their practices, according to O’Keefe: “I think we are just scratching the surface. Lawyers are going to need to understand how to network using the Internet, and I’d bet only 0.5 percent understand that.”

Asked if he misses the practice of law, O’Keefe says, “You cannot be married to two spouses.

“The law is a very noble profession, but I was driven to practice by the desire to serve others,” he says. “I can serve more people by doing what comes natural to me, networking through the Internet.”