Marjorie Shultz: Up to the Test 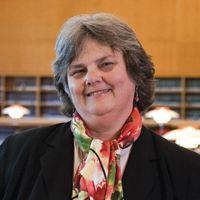 The year was the 1976. Rocky was in theaters, disco music ruled and a brilliant young law graduate named Marjorie M. Shultz believed systems could change and the cause of social justice moved forward.


The year was the 1976. Rocky was in theaters, disco music ruled and a brilliant young law graduate named Marjorie M. Shultz believed systems could change and the cause of social justice moved forward.Shultz couldn’t know it then, but her experiences beginning that bicentennial year would one day compel her to create a supplemental law school admission test that held the promise to increase racial, ethnic and gender diversity across the entire American legal profession.

Shultz, 68, graduated from the University of California-Berkeley’s Boalt Hall law school at a time when classes boasted enviable ratios of racial and ethnic minorities and women. She joined the school’s faculty that fall; she’d previously spent a decade working with some of the era’s most renowned change agents, managing delegate and candidate briefings for the 1972 Democratic National Campaign and writing grant proposals with Antioch School of Law founded Edgar Cahn.

The usually sensibly spoken Shultz waxes nostalgic about those times, and of her days as a Boalt contracts professor. “We had an old and funky building and not much money, but your classroom analysis could cover so many different viewpoints,” she says. “We had students who were children of migrant workers, children of privilege. There were enough students of any given background that they could be individuals and [they] had the courage to speak out.”

Fast forward to 1996. California voters approved Proposition 209, which prohibited public institutions from considering race, sex or ethnicity in the admissions process. As a result, minority enrollment numbers for Boalt’s 1997 1L class were dismal. Shultz was shocked. What she had always loved most about Boalt, its diversity, “had been wiped out from underneath me.”

Then she started thinking, had anyone ever looked at whether the existing admissions process was as fair as possible?

A committee Shultz initiated concluded the existing admission system hadn’t been reviewed since the days when cars had fins. Now Schultz was just mad. “It was simply assumed that the LSAT test score was the equivalent of merit,” she recalls.

Around this time, a colleague introduced her to Berkeley psychology professor Sheldon Zedeck. His specialty was industrial organizational psychology. Basically, he created race-neutral tests used to hire and promote employees. The two clicked in purpose and personality, and forged ahead to construct a different kind of law school admissions test.

They met regularly for the better part of 10 years. Neither expected the project to take as long as it did. “We just carried it as long as it took to get it done,” Zedeck says.

First, they isolated 26 characteristics that successful lawyers share, like the ability to write, research and handle stress. Then they collected real-world examples of how these “effectiveness factors” play out in practice, and used the examples to create a sample test. (See sample questions from the Shultz-Zedeck exam.)

They administered their test to a group of 1,000 lawyers who had graduated from two UC law schools between 1973 and 2006. Schultz admits she was nervous about the results, but she needn’t have been. The test and performance results, which Schultz and Zedeck reported last fall, showed no significant racial or gender group differences, a result Shultz modestly calls “pretty encouraging.”

The next step should be a national validation study, Shultz says. But first, Schultz and Zedeck must overcome the dual hurdles of money (the study needs funding to go forward) and time. Zedeck, now a Berkeley vice provost, has significant administration duties. And Shultz retired last year, but as a professor emeritus continues to work on the project.

“Law school is a scarce resource, it’s a gateway to opportunity, and who gets that opportunity matters,” she says. Ultimately, she knows her test works. And she still believes, as she did back in the 1970s, that system change and social justice are possible.