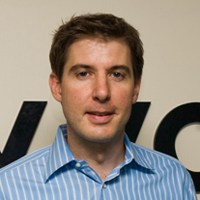 
“I remember reading one e-mail and thinking, ‘Why is this person e-mailing me?’ says Britton, 42, who now resides with his wife and three young sons in Seattle. “They were bright, educated and had no idea how to go about the legal aspects of starting their business.

“That’s when the light bulb went on: When it comes to the legal profession, consumers are completely lost. And not just the 21-year-old college student who just got a DUI. … We’re talking about people across the entire spectrum. People have no idea what to do when dealing with lawyers or the law.”

Britton’s strong e-commerce background (he’s represented many Web-based companies and served as both general counsel and executive vice president of Expedia) allowed him to see firsthand how people have used the Web in the past five years to find information—like the best deals on airfare or restaurant reviews. But when it comes to choosing a lawyer, Britton says, most people pick up the old-fashioned phone book and dial the first number their finger lands on.

“Vehicles like the Yellow Pages rake in $1 billion a year on lawyer advertising alone,” Britton says. “If you open the Yellow Pages, you are referred to the lawyer with the largest ad. That is an incredibly dangerous situation.

“We built Avvo with the intention of creating a win-win situation for consumers and lawyers.”

Hear Mark Britton discuss the misconceptions his company has faced and how Avvo drives clients to lawyers.

Sendi Widjaja was the first person Britton brought on board; they were colleagues together at Expedia. Britton calls Widjaja, now Avvo’s chief technology officer, the site’s Wizard of Oz and says, “A lot of what we are doing is tearing a page out of the Expedia playbook.”

“When I looked at the legal industry,” Widjaja says, “it reminded me of a few years back what the travel industry was. There were no leaders; consumers were lost. … When Mark told me about Avvo I looked around, and all I saw were ads for lawyers. Looking at this and seeing what Mark is seeing, this is a great opportunity to make the process more transparent and give guidance to consumers.”

Short for avvocato—lawyer in Italian—Avvo aims to rate and profile every U.S. lawyer in a format that is easily navigable for people without any experience selecting a lawyer and for industry insiders.

Avvo now rates profiles for about 650,000 lawyers—or 85 percent of the practicing lawyers in the U.S., Britton says. It uses an amalgamation of the many different ratings a lawyer has received, including peer evaluations, education history, work experience and professional recognitions, to grade them on a 10-point scale.

This attorney information is gathered online via Web crawlers that trawl law firm websites and attorney bios. The collected data is then sent back to Avvo to be identified and scored, along with disciplinary records the company solicits from state bars, courts and ethics commissions. Upon verification, lawyers can “claim” their profiles and upload additional background information to their personal webpages on the Avvo site. The project, initially funded by Britton and venture firm Benchmark Capital, generates revenue by running Google-like ads on the site.

Client ratings are not included in the Avvo rankings per se. Clients can grade lawyers. But to avoid mischaracterizing a lawyer’s broader reputation and complete resumé, those grades appear on a separate, five-star scale.

“Clients are not very good at rating a lawyer’s background,” Britton says.

A closed beta application of Avvo was launched in April 2007, followed by a public version that June. Nine days later, the startup was hit with its first lawsuit challenging the ratings system. The federal suit was filed in Washington state by a Seattle attorney who was rated a 5.2, or “average,” partly due to a disciplinary action from the state bar. U.S. District Judge Robert S. Lasnik quickly granted Avvo’s motion to dismiss.

“Anytime you are rating people, someone is not going to like your rating,” Britton explains. “We are shining a flashlight in dark places.”

A few state bars, including those in Illinois, New Jersey and Washington, D.C., were also wary of the new company and reluctant to turn over attorney disciplinary records. Avvo ultimately filed a petition with the New Jersey Supreme Court, which granted the request. The Florida Bar also reversed an early ruling that prohibited lawyers from displaying their Avvo rating on attorney websites—a boon for the fledgling company.

Britton says misinformation about Avvo is the biggest factor when dealing with detractors. “In the early days of Avvo, I had to do so much explaining about how it works and why it is good for lawyers,” Britton says. “Today, we are generating a tremendous amount of heat for lawyers. That changes the conversation. They are starting to realize that we get great lawyers business.”

The website attracts 2 million visitors a month, and Britton says the company creates 100,000 to 150,000 contacts for lawyers each month, measured when a user clicks on a lawyer’s firm bio or contact information through Avvo. The site also has nearly 50,000 “power user” lawyers who have contributed to their profiles and are regularly active in the question-and-answer forum, according to Britton.

Rob McKenna, attorney general of Washington, has claimed his profile, as have many general counsel. But the greatest traffic comes from consumers, followed by employment-firm headhunters, Britton says.

“That fire hose of demand that we are able to point at the supply side of the marketplace is unprecedented.” Britton says. “You have all these lawyers that are getting over 100 clients from Avvo, simply through a free profile.”