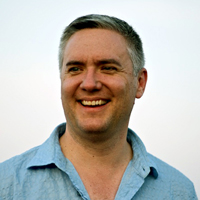 For Matthew Homann, a plane ticket to Chicago and a cab ride through 18 inches of swirling snow brought him to the perfect place. The spacious, open downtown loft peppered with brightly colored chairs and giant easels exuded the creative energy Homann hoped to inspire in the select group of tech-savvy lawyers he’d invited to attend an unconventional legal discussion in 2004.


For Matthew Homann, a plane ticket to Chicago and a cab ride through 18 inches of swirling snow brought him to the perfect place. The spacious, open downtown loft peppered with brightly colored chairs and giant easels exuded the creative energy Homann hoped to inspire in the select group of tech-savvy lawyers he’d invited to attend an unconventional legal discussion in 2004. Homann, 41, is the creator of LexThink, which promotes innovative legal management concepts such as open-space technology “un-conferences,” which let attendees set the agenda, and the use of pictures and cartoons to simplify complex legal discussions. He also writes the [Non]billable Hour blog, where he posts about novel practice ideas such as alternative billing arrangements and creative marketing techniques.

“I have a knack for getting people together and helping them to think collectively,” Homann says. “When you introduce really smart people to one another and give them permission to have the conversations that they want to have, you have this really amazing, productive collaboration.”

“There is a real thirst for this kind of conversation,” he adds. And Homann is accustomed to being the one who starts the discussion.

When he launched his blog in 2003, only a handful of lawyers had laid the groundwork for law practice management discussions online.

“My readership grew very quickly because I was blogging at an early stage, so most lawyers that read blogs added mine to the list,” Homann says. “Had someone else been writing about the things I was writing about, I’m not sure I would have started blogging; but at the time, there wasn’t anybody.” Today ABAJournal.com lists more than 2,600 legal blogs in its directory, and there are thousands more.

“The blog was as much a place to keep interesting things I’d found as to share them with other lawyers,” he says. “What I wrote about appealed to lawyers, entrepreneurs and businesspeople.”

Today, Homann’s blog receives between 200 and 1,000 reader hits a day. Nearly 1,000 users receive e-mail updates, and more than 2,000 subscribe to Homann’s RSS feed. About two-thirds of his current readers are legal professionals—largely solos; the rest are entrepreneurs and business professionals. Homann, along with fellow St. Louis resident and legal technology blogger Dennis Kennedy, decided after the 2004 ABA TechShow to take the conversation offline and make it in-person.

“The best part of the conference was the hallway conversations, sitting in the hotel bar until 2 a.m. with a handful of lawyers talking about the future of law practice and technology,” Homann says. “So we decided to invite friends after the TechShow closed to a full-day event about building the perfect firm.”

Homann and Kennedy sent online invitations to colleagues and friends, hoping that maybe 15 to 20 participants would attend. Everyone said yes. “We had people asking us for invites that, frankly, we wouldn’t have had the guts to invite before, thinking they would say no,” Homann says.

Hear Matt Homann talk about the benefits of using an artist when he brainstorms with lawyers.

For their un-conference Homann and Kennedy jettisoned everything they hated about the traditional conference model: PowerPoint presentations, panel discussions, wasted time between sessions. The duo adopted the open-space technology platform, which allows meeting participants to create and manage their own agenda as well as break into self-selected small groups.

“In terms of innovation, Matt has done more than anybody to bring innovation to a top-of-the-mind topic for lawyers,” says Kennedy, who writes on technology for the ABA Journal. “Whether through his blog, social media or speaking events, he’s created a space where I don’t think anything existed before.”

For the former solo practitioner, the 2004 event evolved into a lucrative career speaking at law firm retreats and facilitating meetings and events for large corporations, including bimonthly engagements for Microsoft Corp. and design consultancy Xplane. In the past 12 weeks, he’s worked with organizations and law firms in more than 10 cities, including Paris and Oklahoma City, where Homann conducted a two-day visual brainstorm at IP boutique Dunlap Codding.

Homann invited a group of 10 partners, associates and scientific advisers, along with a sketch artist, to describe the firm’s typical and ideal clients. The artist quickly drew caricatures of the lawyers’ descriptions as a way to bring out the abstract images each lawyer envisioned. The end result, in this particular case, was a collaborative character the group decided to call Ernie the Inventor, says partner Doug Sorocco. However, the key to the activity was to help the lawyers accurately picture the unique pressures and personality quirks of their client base.

“Everybody had different ideas,” Sorocco says, “and the running joke became that we are a nonmeeting firm because we don’t spend a lot of time discussing these things.

“In a very short time, we got everybody on the same page, and we are now able to immediately implement and alter things to increase efficiency.”

Last updated at 12:15 p.m. to clarify that Homann has worked with organizations and law firms in 10 cities over the past 12 weeks.