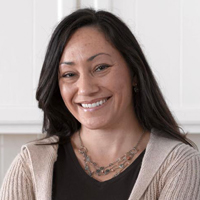 In 2005, New York lawyer Nicole Black read a disturbing article: A study warned that female professionals who take more than a three-year hiatus from their careers have a difficult time getting back in the market from a personal psychological standpoint, as well as in the eyes of prospective employers.


In 2005, New York lawyer Nicole Black read a disturbing article: A study warned that female professionals who take more than a three-year hiatus from their careers have a difficult time getting back in the market from a personal psychological standpoint, as well as in the eyes of prospective employers. At that time Black, a former Monroe County, N.Y., assistant public defender and litigation associate at Trevett Cristo Salzer & Andolina, hadn’t practiced law in nearly 2½ years.

“At the time my youngest was a year and a couple months old and it seemed a little early to go back,” says Black, 39. “But I read that article and I did feel anxiety. I recognized that I felt out of the loop. If I had to interview then, I would have felt ineffective and unqualified, not like a lawyer.”

Not quite ready to resume a full-time career—Black was one year from partner when she left her Rochester-based firm to have her first child—she decided to pursue contract legal work via a personal website. In addition, her cousin, also a lawyer, suggested blogging—a new trend he’d heard about on National Public Radio—would be a good way for Black to get reacquainted with recent developments in New York case law.

Black was familiar with online message boards and chat forums dedicated to motherhood, and often researched facts and discussion threads, but was frustrated by senseless commenters and uninformed readers. In contrast, legal blogging, she says, is a natural outlet for her commentary with an engaged and interested audience.

“I started taking that time and passion and putting it into my blog,” she says of Sui Generis, where she summarizes and remarks on the latest civil procedure and criminal law decisions from the New York State Court of Appeals. “It was productive, and people who were intelligent were responding to what I was talking about.

“Sui Generis really helped me find my footing coming back into the legal field.”

As readership grew, Black found herself inundated with contract legal assignments from clients and other lawyers. Short-term assignments with DWI firm Fiandach & Fiandach soon turned into an of-counsel position that allows her to handle writing assignments and appeals cases on an as-needed basis from her home office.

She also delved into writing articles for the New York Daily Record, where she writes the weekly column Legal Currents. And she co-authored the book Criminal Law in New York.

Since 2005, Black has launched three other legal blogs, including the tech-based Practicing Law in the 21st Century; the legal humor site Legal Antics, which has more than 1,000 subscribers; and Women Lawyers—Back on Track, which offers weekly posts for women seeking success and happiness in the legal profession.

Black’s most recently founded venture is LawtechTalk, a company that educates lawyers regarding technology issues and provides legal consulting services.

She also contributes to Lawyerist.com and the Web-based Solo Practice University.

“Nicole has been able to piece together a career using technology in ways that most lawyers don’t even think about doing,” says Judge Karen Morris, a Brighton, N.Y., town justice who is another co-author of Criminal Law in New York. “Nicole was wonderfully creative to see opportunities to use the Internet to create a variety of professional activities that produced the income she wanted.”

Black has also found her voice on Twitter. As @nikiblack, she describes herself as a “lawyer, author, legal technology evangelist—dragging the legal profession into the 21st century while enjoying good food and wine.”

“Twitter was a revolution,” Black says. “It really changed the game across the board in where things are going with the real-time Web. It made me even more focused on Web 2.0 and technology.”

These days Black can often be found at her local Starbucks as she works on a new book about social media and lawyers with co-author Carolyn Elefant, the Washington, D.C., solo behind MyShingle.com, who offered advice and support to Black when she first stepped into the blogosphere.

“When I read that article, I never would have envisioned being where I am now,” Black says. “At the time I was into the third year of my legal hiatus. During my time off, I’d started, but never finished, writing a novel and had researched the process of writing a cookbook for busy mothers. Now I have editors and am a published author.”

Read a Twitter interview with Nicole Black on Web 2.0 and the “misnomer” of social media.