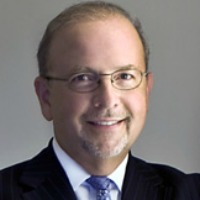 K&L Gates Chairman and Global Managing Partner Peter J. Kalis spoke with ABA Journal reporter Rachel M. Zahorsky on the future course of the legal profession and the broader legal industry in the context of the New Normal. On the New Normal in general, Kalis said that what the legal profession is seeing now “is a much overdue debate on the future course of the profession and the broader legal industry. A lot of us have sharply defined views on that subject, and it is a privilege to be able to share them.” Below, Kalis shares his perspective as he draws on his experience from the past 15 years, during which he led his Am Law 100 firm through its expansion from six offices in the Eastern United States to more than 40 offices on four continents.

From your perspective, what are some of the most significant changes affecting the profession, and where will its sharpest turns come in the next three to five years?

The changes we’re seeing are directional and multilayered, and they derive from the 21st-century client experience. The first involves how clients do business now, as opposed to 10 or 20 years ago. Even modest-size clients are competing in global markets and face competition from foreign enterprises in their home markets. It’s a more competitive and dynamic experience. We’ve tried, as have many other firms, to learn from that client experience so that we can address clients’ legal requirements as they arise not only in traditional home markets but also in other markets, including many emerging markets with no history of the rule of law. In such societies, by the way, U.S. lawyers are missionaries for the rule of law and to the extent they are successful will have a lot to do with whether 50 years from now this world is still hospitable to the values of a free capitalist society. This is an exciting and important role that some American lawyers will play.

A second directional change affecting our clients is greater government intervention into private markets around the world. This means not only Washington but also Brussels, Beijing, Berlin, London and other world capitals, and also state capitals such as Harrisburg, Sacramento, Albany and Austin. Legislators, regulators and others with a public mission now benefit from extraordinarily advanced scientific and other knowledge about the subjects of their regulation, and the sheer complexity of government interventions into global private markets requires law firms to add to their quivers the ability to offer government solutions for private clients because those interventions can profoundly affect not only a single client, but entire industries.

What road maps can U.S. lawyers look to as they navigate the New Normal?

In client markets, there is a continuing process of globalization and consolidation. This is what you are finally seeing in the legal profession. The law, for a variety of reasons, is one of the last industries of significance to consolidate, although it seems to be happening at some pace now. We’d be remiss not to look at the experiences of clients in industry after industry where the phenomenon of the “hollow center” has emerged. In the context of the legal industry, the survivors on one end are law firms of large scale with breadth and depth and at the other, the niche boutiques. At the threatened center are the excellent regional and super-regional firms and now even the excellent national firms, which have vulnerabilities because their talent is being wooed away into both the larger firm and the boutique echelons of the spectrum. There are other lessons that clients’ experiences can teach us. The dangerous seduction, for example, of growth for growth’s sake is one example. Insufficient attention to quality is another. Disproportionate focus on short-term returns rather than strategic positioning is yet another. All of those lessons and more are vividly illustrated in a variety of client industries, and I think as law firm leaders, we must try to learn from those experiences.

What are some ways that U.S. lawyers can position themselves to be more competitive? Is there still value in traditional legal education?

It’s out of fashion, but I’m an advocate of traditional American legal education. More generally, I don’t think there are new skills American lawyers need to equip themselves with, but rather they need to find ways and organizational structures that allow them at once to serve their clients around the corner and around the world. It has more to do with the new structure of the industry than with new lawyer skill sets.

As to legal education, there are several reasons why a traditional law school education is advantageous. It thoroughly equips students with the concepts underlying all aspects of our legal system, teaches them how to speak with confidence about those ideas and how to express them and integrate them in spoken and written English—all of which is of enormous foundational value. You can learn skills later, but if those skills are unhinged from the conceptual understanding, they render you, to borrow a phrase, “a mason and not an architect.”

By studying law cases in a variety of disciplines, law students gain insight into healthy norms, accepted social behaviors, deviations from those behaviors and how the legal system categorizes and treats those deviations. It’s not an overnight process, but rather an accretive process over the years of gaining knowledge, intuition, insight and, eventually, judgment. If you accomplish this, you are a better human being as well as a better lawyer.

As for those critics who wish to transform legal education into a trade school, they are seriously mistaken.

What are your thoughts on new entrants to the legal profession, such as offshore legal process outsourcers, and how they affect the costs of delivering legal services?

One of the really bogus charges being made against the profession is to say that it’s a closed shop with sharply defined borders. It’s never been more competitive. My firm competes with other global firms, Wall Street firms, Magic Circle firms, national firms around country and world, boutiques in a wide variety of disciplines, legal process outsourcers, accounting firms, investment banks, consultants in multiple disciplines, document vendors and contract lawyer organizations, among others. What other industry competes against its own customers for the same work because of growing in-house legal departments? We even compete against ourselves with the lateral partner phenomenon. Every day of the week, law partners go down the elevator at their current firm and the next day come up a different firm’s elevator, reinvent themselves and then compete against their former partners. The legal profession is one of the most competitive environments in the world. I’ll go so far as to say that the only inviolable border in the legal profession of which I’m aware is that which surrounds the tenured law professors who lodge this bogus charge.

As for the pricing of legal services, I don’t quite understand the point. Law firms live in a competitive environment, and we price at market. Nobody says that a CEO has to use lawyers for acquisitions. The CFO could negotiate a deal, draft the documents, make the regulatory submissions and be responsible for due diligence. Why doesn’t that happen? Could it be because lawyer expertise has been validated in the marketplace? It’s a totally bogus charge that lawyers have been insensitive to costs. We operate and practice at market prices in a highly competitive environment. With all of those competitive pressures, if a law firm is able to sell its services at X, why should it instead sell them at ½X? Name an industry where enterprises make gratuitous offerings of that sort, and I’ll suggest that you’ve located a failing business. Successful enterprises don’t give away products and services at price points outside the prevailing market. Rather, they get get their fingertips into a market, figure out their own value proposition as against the competition, and price accordingly. Legal pricing isn’t falling through the floor, notwithstanding all those competitors, because of the legal complexity with which our clients must contend at the critical crossroads of the 21st century—globalization, regulation and innovation.