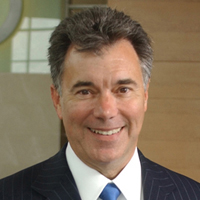 On the prowl last year for a merger partner in Germany, Ralph Baxter of Orrick, Herrington & Sutcliffe approached Hölters & Elsing’s Siegfried Elsing through a legal consultant with an invitation to meet in Paris for dinner.


On the prowl last year for a merger partner in Germany, Ralph Baxter of Orrick, Herrington & Sutcliffe approached Hölters & Elsing’s Siegfried Elsing through a legal consultant with an invitation to meet in Paris for dinner.“He should come to Düsseldorf,” Elsing said, hoping that would end the matter. But Baxter, who practices out of San Francisco, sent word that he could arrive with three partners the following Monday. They met for nearly two hours. The merger was completed about nine months later, in September 2008.

“It was his personality that impressed us—both what he said and the way he said it and, quite frankly, the way he dealt with his partners,” Elsing recalls. “He was not dominating; he listened.”

Likable is not usually an adjective that jumps to mind to describe a lawyer, especially a law firm CEO and chairman who has transformed a 200-attorney regional player into an international powerhouse of 1,100 lawyers in 21 offices. But then, there is Ralph Baxter.

Founder of the Law Firm Leaders Forum, a leading conference for managing partners, Baxter is an effective advocate for change. He centralized Orrick’s back office in 2002 at an operations center in Wheeling, W.Va., near his boyhood home, saving more than $6 million annually.

Now he’s out to reengineer the very way law firms are organized.

An Orrick staffing model announced in July ends lockstep pay raises and splinters the associate pool. Partner-track associates advance from associate to managing associate to senior associate de­pending on performance, not the year they were hired. Outstanding lawyers may take customized tracks that don’t necessarily lead to partnership. Meanwhile, other attorneys and legal professionals can make long-term careers in roles such as project manager, compliance and due diligence specialist, document reviewer and assembler, and legal researcher.

Clearly, one goal is to cut costs, but the aim is higher, Baxter says. “People are going to confuse being cost-effective with somehow not delivering the best quality. That confusion is born of superficial thinking. This is about delivering great results for clients at the lowest cost.”

To build support for these changes, Baxter named New York City-based partner Siobhan Handley in January to the newly created role of managing partner for innovation. Soon after, he embarked on a road show, visiting every Orrick office to talk with partners, associates and staff in informal group meetings. “He has a way of presenting ideas that’s hard to resist,” Handley says.

There was plenty to discuss.

The financial panic and global downturn hit Orrick hard because of the firm’s large capital-markets practice, prompting layoffs of more than 200 staffers, including 140 lawyers. The recession, coupled with investments such as the Hölters & Elsing merger and the addition of 32 partners from Heller Ehrman late in 2008, pushed profits down by 21 percent to $1.32 million, the first decline during his tenure.

“These are scary times for everybody, no matter what you’re doing,” Baxter says. “I wanted people to feel respected in the context of this very fundamental change we were making. Each in our own way would have to adapt to this change.”

“Most law firm leaders try to get all the kids to play nicely with each other,” says David Fries, Orrick’s chief client service officer. “Ralph truly leads the kids. He has got a very, very strong vision.”

A onetime sixth-grade teacher, Baxter, 63, convened small groups of partners when he became Orrick chairman in 1990, hauled out flip charts and led freewheeling discussions about values. “The main buy-in we worked on was to articulate our culture,” he says.

Next came strategy. He told partners at the annual meeting they would find business planning forms on their chairs when they got back to their offices. “Partners tended simply to do the work in front of them,” he recalls. “They didn’t generally lift their eyes up to the horizon and look ahead to ask, ‘What should I be doing today to create a successful tomorrow?’ ”

It’s a question Baxter never stops asking. Over a dim sum lunch two years ago, Mark Chandler, general counsel of Cisco Systems Inc. in San Jose, Calif., complained about the cost of hiring law firms around the world for corporate secretarial tasks. “Large firms seem to view the work as an opportunity to bill at U.S. rates,” which are higher, he said.

Baxter proposed developing software to manage global workflow. The result: Cisco saves 20 percent on global secretarial work, or more than $1 million annually. And Orrick, with Cisco’s help, is marketing the new service to other corporations.

“A lot of people describe the managing partner role as herding cats,” says legal consultant Peter Zeughauser of Newport Beach, Calif. “Ralph has shown that leadership can contribute enormous value to a large law firm. That is a huge reform.”