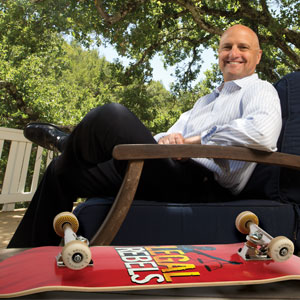 Ray Gallo was getting clients he didn’t even know he had.

The initial group of claimants was fairly small, Gallo says, but that was before a client put information about the case online. Soon, Gallo LLP was receiving signed fee agreements from people Gallo had never spoken to. And that spelled trouble—not only because he preferred to know who his clients were, but also because class certification seemed unlikely. With hundreds of individual clients, the administrative costs of managing their claims could have been tremendous.

“We had … clients I very much wanted to help, but I also didn’t want to go broke doing it,” he says. “And so I wanted to create a way to cost-effectively sign up and manage enough clients to make the litigation profitable.”

Because mass actions, in which numerous plaintiffs pursue similar cases against the same defendant, create a lot of administrative work, they’re often unprofitable for law firms unless the damages are quite large. That’s one reason class actions, in which one plaintiff stands in for a large group, are more common.

But a series of U.S. Supreme Court decisions has made class actions harder to certify. And individual claims have lots of advantages over class actions, Gallo says: It’s OK if the facts vary from plaintiff to plaintiff, plaintiffs can claim emotional and punitive damages, and one loss doesn’t end the case for everybody.

Gallo says that Amador settled right after the Leverage prototype was done, and that its existence was key to the settlement. He got a chance to really put the app through its paces with Vasquez v. California School of Culinary Arts, a similar lawsuit in Los Angeles. His co-counsel on Vasquez, Michael Louis Kelly, says Leverage was “very advantageous” over clerks with telephones, in part because of the clients’ circumstances.

“A lot of our clients were … working two or three jobs trying to make ends meet, and it would be a week or two weeks before we could get them on the phone,” says Kelly of Kirtland & Packard in El Segundo, California. “And a lot of them wouldn’t answer their phones because most of their phone calls were from bill collectors. A lot filled out forms at 2 or 3 in the morning.”

These days, Gallo is using Leverage cautiously, mainly in joint ventures between his and other firms. Over time he hopes to introduce it to a wider audience, perhaps for a monthly fee.

Gallo, 50, isn’t new to entrepreneurship. In fact, he tried to leave the law years ago to start his own business, but that never took off. His sideline—practicing law out of his bedroom—did, and he’s been self-employed for all but six months of the last 21 years. Now he’s involved in several startup businesses other than Leverage, including one designed to improve podcast advertising.

Gallo says his experience with other businesses helped with Leverage, but he thinks Leverage is more important because it could change the economics that have kept lawyers away from smaller-value claims.

“This is a huge access-to-justice opportunity,” he says. “This tool makes what could be billions of dollars of claims remediable, every year, that currently go unasserted because there’s no practical way to handle them.”