Stacy Stern is in charge of revenues, among her other roles, at a successful for-profit company. But she tends to talk more about giving away products and services. It becomes obvious that she thinks giving is more important than receiving—not that Justia, the legal portal that she and her husband, Tim Stanley, created, isn’t out to make money.

But, philosophically at least, they turn the standard business model on its head. Profit for the company—which has 100-plus employees—makes it possible to put up more free stuff. Stern, a 2017 Legal Rebels Trailblazer, and Stanley, one of the original ABA Journal Legal Rebels, make basic law free and available to everyone (as much as possible). For profit, they help lawyers market themselves.

Justia’s website gets millions of visitors annually, providing free case law, codes, opinion summaries (including by jurisdiction or practice area and available via subscription email), even free no-frills websites, plus a lot more, while also selling products and services, such as blog and website hosting and, if needed, content writing, search engine optimization, advertisements in directory listings and so on.

“We do a lot of things that many for-profit companies normally wouldn’t do,” says Stern, from her office in Mountain View, California, the high-tech haven for the likes of Google that is known for its view of the Santa Cruz Mountains. “We have no investors, so we can do what we want, including pro bono when it doesn’t make normal business sense.”

Launched in 2003 with a focus on legal marketing solutions, Justia also became the next version of FindLaw, which Stern and Stanley started in 1995 for putting free legal materials on the internet. They had sold that company to what is now Thomson Reuters in 2001 for a reported $37 million. (A number of people involved in the venture shared in that sum.) Stern and Stanley stayed on to run FindLaw but eventually left in dispute over the mission: FindLaw morphed into providing free legal resources aimed at nonlawyers.

Robert Ambrogi, the journalist and lawyer whose authoritative LawSites blog reviews and explains websites, technology and social media of interest to lawyers, chronicled that change. A couple of years ago, Ambrogi did a comparison study of Justia’s SEO and says he found it “was getting top search-engine rankings for lawyers at a fraction of what some of the big companies do for websites.”

“They’re good-karma people,” Ambrogi says. “They’re not in it for the money. Seems so un-American.”

Asked about Justia’s philosophy, Stern says, “we all have to abide by the laws of our nation, and we want people to be able to access that freely.”

Besides keeping up with the money flow, Stern (who graduated Phi Beta Kappa from Stanford University and received her JD from Harvard Law School and was an editor for the Harvard Environmental Law Review) oversees client operations, portal content, community features and marketing partnerships, as well as the couple’s three pugs, which accompany them to the office daily. Stanley, the CEO and also of Stanford and Harvard Law, is an engineer with a law degree. He works on the engineering and development end; he wrote most of the code to start FindLaw.

“We want to advance the availability of legal resources for the benefit of society,” Stern says. “We wanted that to be our guiding star.” 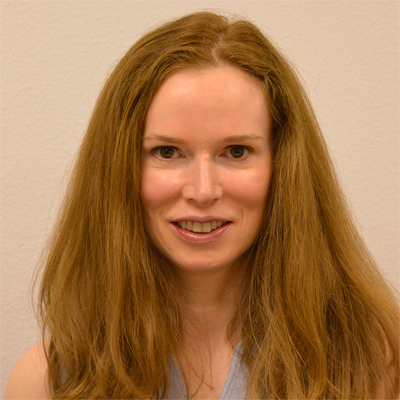