For more than three decades, Richard Susskind has been one of the profession's most prolific voices in support of implementing technology with legal services delivery. He's the author of more than 10 books on the topic, and his next one will focus on technology in the courtroom.


“A better way of running state-based dispute resolution is largely using technology, rather than using traditional methods,” says Susskind, who is based in the village of Radlett, England, near London. “Rather than hiring a lawyer, one might instead have an online dialogue with the other party and a judge and resolve a dispute more rapidly.”

In terms of work, Susskind, 56, doesn’t see this as a bad thing for lawyers. But the Legal Rebels Trailblazer adds that lawyers must embrace new ways to provide legal representation.

“My optimism derives from my aim in life, which is to try to make the law and dispute resolution more accessible to the ordinary person and businesses, too. Ideas about using technology present a rosy future indeed,” he says.

“The pessimism lies in relation to those lawyers who are unwilling to change. As we move into the [2020s], unless you are adaptable, entrepreneurial and really willing to embrace technology, there’s a rather grim future ahead.”

In the next 20 years, Susskind estimates, the legal profession will see more change than what’s taken place over the past two centuries.

“The answer to the question of access to justice is not to make lawyers more affordable,” says Susskind, whose experience includes working as strategy and technology adviser to the Lord Chief Justice of England. The answer is to “fundamentally change the way the average person can have access to legal insight.” 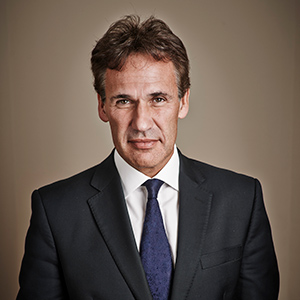 Professor Richard Susskind has worked on technology for lawyers since 1981. He holds professorships at Oxford, London, and Strathclyde universities, and he has been strategy and technology adviser to the Lord Chief Justice of England since 1998. He has written 10 books, including The Future of the Professions, Tomorrow’s Lawyers and The End of Lawyers? In 2000, Queen Elizabeth awarded Richard an OBE (an Officer of the Order of the British Empire) for services to IT in the law and to the administration of justice.