From C-suite to legal service founder, Michael Mills has always been a leader (podcast)

It's common now for large law firms to have a chief knowledge officer to determine how technology can help lawyers do their jobs more effectively. When Michael Mills first took on that type of role for Davis Polk & Wardwell in 1990, hardly any others were around to imitate. The internet barely even existed.


“Davis Polk has always been a forward-thinking firm—especially when it came to using technology aggressively,” Mills says.

As he recalls, the firm put him in charge of its tech strategy and lawyer training, development and assistance, a job he says was one of the first chief knowledge officer jobs in the law firm world (if not the first).

“We undertook some very creative initiatives,” says Mills, reeling off a list that included predictive analytics, profitability analysis and hiring support lawyers in the United States.

Mills, a Legal Rebels Trailblazer, probably could have stayed in BigLaw for as long as he wanted. But what he wanted was to strike out on his own. After about two decades at Davis Polk, he decided to join some friends at Kraft Kennedy, a technology consulting firm. He spent two years there before he decided to start his own company, Neota Logic, in 2011.

“We realized that the legal industry had changed as a result of the recession,” Mills says about co-founding Neota. “There was an increased attention to efficiency. We knew there would be an opportunity to build tech that used very advanced AI-based techniques to deliver value.”

Neota describes itself as “developers of a no-code software platform with which nonprogrammers can build expert systems to automate advice, documents and processes.” Or as Mills puts it, Neota is a platform that allows users to design and create their own tools to fit their needs.

One of the company’s first projects was for a large law firm that had to comply with regulations in more than 100 countries around the world, Mills says. “It’s not very interesting legal work, but it needs to be done quickly,” he says. “It’s also easy to make mistakes.”

Mills says the traditional solution was to hire a couple of experts to draft some memos and hope the firm’s lawyers read them. “What we did was build an interactive application that runs on the firm’s own intranet,” Mills says. “Any lawyer could go to it and answer a series of questions to get an answer about which regulations to comply with in each country.”

Another way Neota helps deliver value, according to Mills, is by helping firms take their expertise and package it as software or as a service. The company helped Littler Mendelson set up ComplianceHR, which sells employment law software on subscription to human resource professionals in more than 100 large companies.

“It doesn’t replace what a law firm does,” Mills says. “What we’ve found is that companies don’t call their lawyers about routine HR questions because it’s too expensive. If you can give lower-level business people legal guidance to prevent problems, it’s a very cost-effective way to mitigate or reduce risks.”

Mills’ journey from law to the entrepreneurial world is the culmination of a near-lifelong love of technology. He enjoyed computer programming while an undergrad at Reed College. He also was the founding chair of the technology committee at Mayer Brown, where he worked from 1984 to 1990 in between stints at Davis Polk.

In addition to the business benefits of technology, Mills thinks it can help bridge the access-to-justice gap in this country. As one of the founding members of Pro Bono Net, Mills continues to do projects with other organizations, including the ABA, building tools to help those in need of legal help but without the resources to hire an attorney.

As for Neota, Mills says the company is doing more work with corporations and general counsel to focus on legal operations, particularly workflow and document automation. Mills also expects Neota to improve its core functions, including working on the “third wave of artificial intelligence”: logical inference AI.

He also looks forward to watching the legal industry move slowly toward greater acceptance of technology.

“Law firms get a bad rap,” Mills says. “When it comes to core business tech, such as email, word processing, collaborational tools and document management, firms have been pioneers. When it comes to process improvement technology, the industry can be a bit slow. But the day when law firms realize that their clients are more efficient than they are, then that’s the day they’ll finally jump through the hoop—even if it’s on fire.” 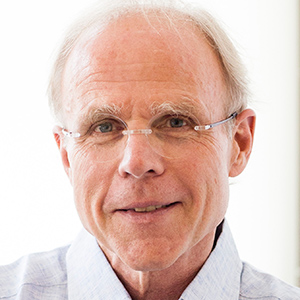 Michael Mills is the co-founder and chief strategy officer of Neota Logic Inc., developers of the Neota Logic System. At Davis Polk & Wardwell, he led technology strategy, business development, knowledge management, professional development, practice support and electronic discovery. At Kraft Kennedy, he served as a technology consultant to law firms and law departments. He is on the board of directors of Pro Bono Net, which provides innovative technology for the nonprofit legal sector, and he was a co-founder of the Central Park Conservancy.