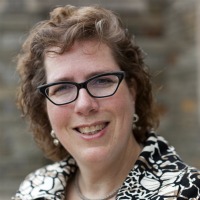 I recently wrote a piece for Corporate Counsel magazine that suggested that law firms might want to think twice about sending out their annual rate increase letter. The response has been incredible. And vehement. From every side. No surprise, eh?

I’ll assume that you’ve either read the article, or that you can easily gather what I said in suggesting that firms might not be prepared for the response they can expect to what was once a simple annual tradition. I did also suggest that clients were dropping the ball, too, often missing the point as they argued with firms over their rates, since they should be talking with them about controlling all-in costs.

What I thought you might find interesting was a quick roundup of some of the responses I got, and some of the recurring themes in the ensuing conversation. A whole slew of colleagues in firms sent me copies of their firms’ hastily produced memos or executive staff emails, which attached the article, and suggested that maybe—rather than simply mailing, emailing, or simply applying the higher rates that were rolling out—lawyers in the firm might want to call their clients to discuss the price of services for 2013, many suggesting that this could be a perfect opening to asking for more work (done for a more economical price) or introducing alternatively priced services if the hourly increase conversation was not leading to productive results.

I felt like David Lat (from Above the Law), who is famous for getting and openly posting law firm management memos even before law firm management can even get them to their intended recipients. But unlike David, I will not be posting those memos, interesting as they are. I want to encourage firms to engage in difficult dialogue or new ways of looking at work, not punish them for taking steps forward.

Score one for impact, even if these firms didn’t suddenly profess that they were no longer planning to track hours and rates or increase prices. And score nothing for the myriad firm managers who read the post and said, “yeah, yeah, yeah;” or more likely, don’t think there’s any value to reading anything online if it’s not about their subject matter expertise or about them personally. This is, actually, about them personally.

Second: A large number of clients, especially colleagues with whom I’ve not had the opportunity to speak since leaving the Association of Corporate Counsel, called, emailed or Tweeted their agreement with my posts. But few of them articulated what they were going to do about it, and I worry that a lot of them will do what most in-house counsel have done for years, which is basically nothing. They’ll continue to argue over the bills when the costs start piling up in excess of what the client wanted to pay, regardless of whether they accepted or forbade the rate increases from their firms when the increases were instituted.

Score one for reconnecting with old friends; take away one for no demonstrable impact; bank one for the future if we find out at the end of 2013 they did take action this year. You go, in-house counsel!

Third: The clients I heard from who told me what they were were doing shared some interesting attachments. I have linked to one here that I posted to my site so you can read it. It is the perfect amalgam (what else would you expect from FMC Technologies general counsel Jeffrey Carr?) of all the “value-based” points I was trying to make. And notice this client’s letter is dated Oct. 18—the time of year when companies are completing their budgets for 2013. The ink has long since dried on their budgets by December.

Score six for the law departments sharing their proactive approaches and their all-in-costs-results-oriented solutions, but score none for me, since my post didn’t influence them—they were already on it. I wanted to hear from the folks in the desert who were responding like they’d just found an oasis and a well!

And then, there were some really angry comments attacking the post from the law firm perspective, suggesting that I was inappropriately inserting myself into long-standing relationships (the intricate workings of which I was not privy to), and one that suggested that the majority of clients (happily) pay law firm rate increases each year because they value their firms, their firm lawyers work hard, and they’ve earned the increase.

Score one for each of these folks’ since they had the courage to assert their position, but take one away from those of them who don’t understand that I’m not the one leading clients to discontent: They are. While I certainly express my opinions in my work, they’re opinions formed from long association with thousands of clients. So think of me as the canary in the client’s mine, warning firms of their possibly imminent demise because they’re not paying attention to a rising risk.

Remember: The issue of raising rates is different than the issue of whether the client and firm agreed previously on the price or rates applied to ongoing services. What we’re talking about here is whether firms understand that as retained service providers, they don’t have some kind of right to expect an annual increase or to just institute one simply because the calendar is about to turn to a new year. You don’t get a ribbon or an increase for just showing up and providing the results you’ve already been contracted to provide. While I might have lots to say about whether the price of work currently done by firms is calculated on a value or hourly basis, the question here is the sense of “entitlement” to an automatic increase, unsupported by any discernible change in the service or pertinent justification for the increased cost.

So I do query if anyone really believes that clients happily pay increases, even if they don’t raise the issue of their displeasure directly with the firm. They seem to find their own ways to respond more indirectly—not paying bills in a timely fashion, withholding referrals or speaking negatively about the firm when asked by others, demanding discounts, holding up entire bills over disputes on relatively small line items, arguing over staffing, refusing to pay for junior lawyers, and so on. Sound familiar? All of these things are far more detrimental to the long-term health of the relationship than a serious, if difficult, adult discussion of what both parties want and value at the beginning of each year, if the firm perceives a need to increase the prices they’re charging for services.

But it’s true that the end result of all this nonsense is that most clients do pay more, year over year, for law firm services that they thought they were checking. And as more of them realize the futility of their indirect efforts to manipulate rates and line-item expenses, more and more of them are deploying an increasing array of tactics to push back:

These trends are quantifiable—it’s not my opinion or preference: It’s fact. But it is my opinion that they’re not going to go back; they’re going to continue to push forward.

Corporate clients already pay handsomely for legal services they receive; most law firms make substantial sums of money on client work (at least in terms of revenue, if not profit). So this isn’t a discussion about making law “cheap.” It’s a discussion about making costs predictable and aligning them with client values. It’s about whether firms—just because they’d like to make more money—should expect that their clients deserve to pay more each year for the privilege of continuing their service, without any substantial change or improvement in their methods or results delivered, and in a marketplace where firms are competing for every client and every matter.

My premise is not that law firms shouldn’t increase their profitability, nor that they shouldn’t increase their price if there are good reasons why they should charge more for what is otherwise the same lawyers’ same services. My suggestion is that the continuing focus on rates is a diversion from the real conversation that needs to be had regarding costs, staffing, process, knowledge management, and appropriate pricing for work. Those who continue to entertain the conversation around rates are simply delaying their ability to either sustainably increase their profits (firms) or control their costs (clients).

Please post below what your experiences and perspectives are, either as a client “entertaining” rate increases from firms, or as a firm considering how to increase profitability in 2013. While many of us are a bit squeamish to talk openly about money, most of us are in a profession that values it highly, and there’s nothing wrong with getting paid for what we do. Since we’re all vitally interested in our own prosperity, and in improved client service, please “score” what actually matters to you. What do you think is the gift that will keep giving this holiday season and into 2013 for firms and for clients?

Susan Hackett, CEO of Legal Executive Leadership, is the former senior vice president and general counsel of the Association of Corporate Counsel. She can be reached at hackett [at] lawexecs [dot] com. You can follow her on Twitter at @HackettInHouse or @LawExecs.