Why is there a disconnect between what firms are doing and what clients want? 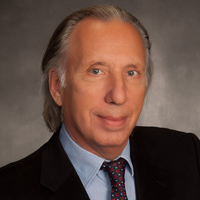 Ever wonder about the law firm/client disconnects? It’s reminiscent of the Theater of the Absurd, where conversations are at cross-purposes. Here are some examples:

• More than 100 law firms recently raised first-year associate pay to $180K, even though most clients say they won’t pay for them.

• A majority of law firm managing partners say clients are not asking for change when data reveals clients are taking more work in-house as well as sending it to non-firm providers.

• A majority of law firm managing partners acknowledge client pressure to change the traditional firm delivery model but few firms have done much about it.

• Law firms remain the dominant providers of legal service (though their market share has eroded dramatically in recent years) but clients are the change agents.

The list could extend for pages, but you get the idea. It’s also worth noting that similar disconnects exist-persist-in the retail segment of the legal market. Why are there tens of millions of prospective clients—individuals and small businesses—that need legal representation when there are tens of thousands of unemployed and under-employed attorneys? This is particularly vexing when voluntary state bar associations routinely oppose efforts of tech-driven providers to afford attorneys the means to bridge the gap by streamlining legal delivery and reducing its high cost.

So why the persisting disconnect between law firms and clients?

Altman Weil’s “Law Firms in Transition 2016” survey confirms that law firm leaders are well aware of the rapidly changing legal marketplace. At the same time, few are taking proactive measures to adapt and many are doing little at all. The principal reason is that most equity partners do not want to change. This was confirmed by Altman’s survey where 64 percent of firm heads cited partner resistance as the principal roadblock to change. The lesson: Even in a shifting marketplace, as Richard Susskind says, “it’s hard to tell a room full of millionaires that their business model is wrong.”

Another take: Equity partners will not change until they are feeling it in the wallet. And therein lies the heart of the law firm/client disconnect. The model still works for equity partners. And while this is likely only for the short term, that suits most equity partners just fine.

Of course, there is a generational divide between equity partners in the twilight of their firm careers and younger partners, but guess who wins that battle? That’s one reason why there has been an uptick of younger talent peeling off from the mother ship to form their own boutiques—often with more modernized structures and lower price points. And with no residual equity in the firm, there is little financial incentive for the “old guard” to make radical structural changes, especially when PPP remains robust.

This also explains why 59 percent of respondents in the Altman Weil survey reported that clients are not asking them for change—even while 68 percent of those same respondents reported losing business to in-house departments, and 80 percent of large firm leaders acknowledged lawyer overcapacity. This is not so much a “disconnect” as a strategy to stay the course as long as possible.

Most law firm managing partners I know are smart people. They are keenly aware of client pressure; steeply discounted rates; competition from both other law firms and other providers, including corporate departments; and the entry of procurement into the legal buying process. They deal with these headaches every day. Still, the changes they make are predominantly internal and designed to prop up PPP. It rarely relates to clients, because to do so would require firms to take measures like sacrificing short-term PPP and adapting a longer view; voluntarily reducing fees; focusing on only those practice and geographic areas where they can provide differentiated service at competitive prices; collaboration with other providers; and extending a seat at the management table to IT and process experts.

But instead of adopting client-driven change that would necessitate an existential awakening, firms seem content to focus on internal changes, including reducing incoming associate ranks; dismissing under-performing partners; raising the bar for equity partnership; hiring laterals with big books; and acquiring profitable practice groups or merging with higher-PPP firms.

Firms cannot—and will not—engage in a structural overhaul, so long as maximization of PPP is the principal goal.

My crystal ball is taking the summer off. But it seems clear that clients are driving change because of law firms’ failure to do so. This has taken on many forms: more work being done in-house as well as by non-law firm providers; the creation of “legal operations” units by in-house departments and well-capitalized, tech- and process-savvy providers; incipient integration of the legal supply chain; investment in legal technology and process; and a receptivity to multi-disciplinary providers (e.g. the Big Four).

Legal consumers are keenly aware that law firms are no longer the only game in town. Nor is legal expertise the only skill set required to deliver legal services. It’s an almost trillion-dollar global industry, and that’s too big a number for investment capital and the Big Four to ignore. Law firms would be wise to address their client disconnect aggressively. And they might also consider partnering with other providers as some savvy firms already have.

Mark A. Cohen is a “recovering civil trial lawyer,” and former AUSA, BigLaw partner, national litigation boutique founder, legal entrepreneur, writer, speaker and law professor. He is about to take on a “real day job” at a major global professional services company, and is a distinguished lecturer at Georgetown Law.