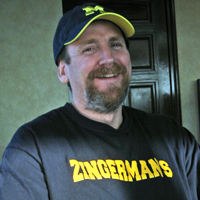 When talking to Timothy J. Stanley, one gets the impression from the FindLaw founder that making no money from legal information websites could be the best approach.


When talking to Timothy J. Stanley, one gets the impression from the FindLaw founder that making no money from legal information websites could be the best approach. Stanley, a former computer programmer, started putting legal documents online in the early 1990s, when many associated the Internet with sex, scams or both.

Working with his wife, Stacy Stern, and technologist Martin Roscheisen, he assembled an interface that tied free legal sites together. For the most part, what was available then came from law schools and various legal conferences that listed program materials online. They called it FindLaw.

The trio sold FindLaw to West Group in 2001. The sale price was $37 million, according to the National Law Journal, with Stanley staying on at an annual base salary of $200,000. Later the relationship soured, and according to a lawsuit filed against Stanley in U.S. District Court in Minnesota over a noncompete agreement, he was fired by the legal publishing group in April 2003. The case, West Publishing Corp. v. Stanley, eventually settled.

“It was a disaster working for West,” Stanley says. “I’ll just leave it there.”

Also in April 2003 he started Justia.com, which operates much like what he had in mind for FindLaw, but better, according to fellow public domain advocates. (Justia powers the blawg search function on ABAJournal.com.)

“Probably the reason we can do it is because none of us can ever make money off of it,” Stanley says. “If you look at it from a business standpoint, we get karma credit.”

When his employees tell their families about work, Stanley adds, they brag about the public domain projects rather than building law firm websites.

“It’s a business—we’re certainly not communists or anything like that—but we more or less try to do whatever free-information projects we want,” he says, “stuff that other people aren’t quite doing yet.”

Hear Tim Stanley talk about the role Justia will play with free online case summaries and documents, and how lawyers will help.

Future Justia projects include building a bigger library of case summaries with an annotation system. That information comes from states, law schools and various legal blogs. The site now offers profiles of lawyers, and Stanley envisions linking some lawyer-authored case summaries to the authors’ profiles for marketing purposes.

“We’re really going to start pushing out higher-value annotations and share them with everybody,” says Stanley, 45. “Well, maybe not with Lexis or Westlaw, but all the free people.”

“It will be good for nonlawyers, too, who’ve never used Lexis or Westlaw, to have access to cases for free,” he says. “There’s a lot more interest out there than people give credit for.”

Stanley’s also thinking about adding judicial profiles in which lawyers could comment in a way he calls “truly anonymous.” Lawyers who partake in sharing free information—by using tools like Twitter or by submitting case summaries—could beef up their profiles with badges showing their work and get higher spots in search engines.

Thomas R. Bruce, director of Cornell Law School’s Legal Information Institute (and another Legal Rebel) has known Stanley for years. According to Bruce, Stanley thinks the best business development plan is walking up to someone and asking how he can help.

“I think Tim genuinely believes that people need better access to the legal system, and he doesn’t limit that belief to people who have traditionally been perceived as underserved by the legal system because they are indigent and having some kind of traumatic problem,” Bruce says. “It’s much more: ‘Everybody needs this.’

“It’s a bit like health care—you’re as likely to be underserved and bankrupt by the whole process if you’re solidly middle class.”

While Stanley doesn’t see himself as a communist, some say he’s a hippie in a Silicon Valley way. He usually wears jeans and long-sleeved T-shirts, and his e-mail signature includes “World peace—good idea.”

Stanley wrote most of the original code for FindLaw. Friends say that as the Internet bubble inflated, it wasn’t unusual for him to sleep under his desk. Now Stanley’s usually in the office by 6 a.m., and he goes home around 8 p.m. He exercises before and after work. He also serves on the boards of various public domain groups like Public.Resource.org, American LegalNet Inc. and Nolo.

Stanley often exchanges pet pictures (he has two beloved pugs) with public domain comrades like Jerry Goldman of the Oyez Project. Goldman, a Northwestern University political science professor, started his multimedia website in the 1990s and initially didn’t have a single focus. Stanley advised that a U.S. Supreme Court bent would make the Oyez site the most useful.

Goldman took his advice, and today the site offers audio of Supreme Court proceedings dating back to 1955. In 2003 it won a major grant from the National Science Foundation.

“The fact we can provide audio to all these cases is a testament to the value of the vision I had, but it was incomplete,” Goldman says. “Tim helped me realize what I needed to see.”

Last updated Oct. 23 to quote the NLJ’s reported sale price of FindLaw to West; and to note that Stanley’s reported salary was a base level.