What Law Firms Can Learn from Steve Jobs 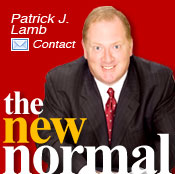 The October issue of Fast Company contains yet another article on what the late Steve Jobs can teach us, titled, appropriately enough, “What Steve Jobs Can Still Teach Us.” It is no accident that the article appears in an issue devoted to design, and the importance of design in our modern economy. The issue quotes Sohrab Vossoughi, President of ZIBA Designs, saying “This is our moment. We have made every other factor of American business as efficient as possible. Now it’s about effectiveness. And this is where design comes in.”

It is obvious that Mr. Vossoughi was not speaking of the legal business when he referred to the efficiency of American business. Progress, however slow, seems to be happening, but that is not the point of this piece. The point, rather, is to examine whether there is a role for design in the new normal.

Back to the Steve Jobs article. The author refers to Jobs 2.0 (after return from Apple exile) as a “user-experience savant.” Here’s the full description:

But the years away reportedly helped him begin ceding more responsibilities to others. He became less enamored of tech for tech’s sake. He blossomed into a user-experience savant. A reporter who asked Jobs about the market research that went into the iPad was famously told, “None. It’s not the consumers’ job to know what they want.” It’s not that Jobs doesn’t think like a consumer–he just thinks like one standing in the near future, not in the recent past. He is a focus group of one, the ideal Apple customer, two years out. As he told Inc. magazine in 1989, “You can’t just ask customers what they want and then try to give that to them. By the time you get it built, they’ll want something new.”

As I read this, I wondered if there was a lawyer in private practice anywhere in the country who could be described as a “user-experience savant” in the same manner Jobs is. Probably not. The better question is whether that person is needed. It probably does not surprise you to know that my view is that such a person is needed, now, more than ever.

Jobs, who died Wednesday after a long battle with cancer, is hailed as the person who made Apple cool, who made cool packaging and ease of use essential to technology. These same features are now sought after in other business sectors. Fast Company also includes a fascinating piece on the role played by Mary Barra in her new role at General Motors as the person in charge of all things design. The car experience is a design experience.

When the rest of the business world moves in a given direction, it is a safe bet that there is good reason for the legal profession to move in the same direction. That is not to say that it will, just that it should. What would “design” look like in the new normal? Technology that creates an easily customized dashboard showing real time spend versus a budget, or work progress versus planned work flow. Elimination of email and use of collaborative space for planning and strategizing, drafting and editing. Transparency. Easily understood fee structures. Cost benefit analysis, showing risk of not doing certain tasks versus cost of doing them. And so on. All in an easy to use, no training needed, cool “package.”

They say that the iPhone was conceived a decade before it made its debut. So offering a cool, well-designed offering is not an overnight thing. But it does take sustained effort. In a few years, will there be somebody that is recognized in the new normal as a user-experience savant, who is the mother or father of legal cool, who will have earned a measure of the respect and admiration that now flows to Steve Jobs?

Patrick Lamb is a founding member of Valorem Law Group, a litigation firm representing business interests. Valorem helps clients solve their business disputes and coping with pressures to reduce legal spend using nontraditional approaches, including use of nonhourly fee structures, coordination with LPOs or contract lawyers, joint-venturing with other firms and implementation of project management tools to handle lawsuits or portfolios of litigation.

Pat is the author of the the recently published book Alternative Fee Arrangements: Value Fees and the Changing Legal Market. He also blogs at In Search Of Perfect Client Service.