10 Questions: Has the ADA measured up? 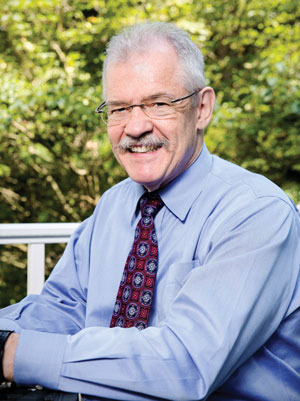 Robert Burgdorf was the right person in the right place at the right time at the birth of the Americans with Disabilities Act. As an infant, he contracted polio and lost much of the use of one arm and shoulder, regaining some through innovative surgery at age 11. During law school at the University of Notre Dame, he helped establish a now-defunct national center for disability rights advocacy. In 1984 he co-authored a “statutory blueprint” published by what became the ABA Commission on Disability Rights. As a staffer for the National Council on Disability, he authored draft legislation in 1988 that led to the U.S. Supreme Court citing him as “the drafter of the original ADA bill.” He is professor emeritus at the David A. Clarke School of Law.

Q. What got you interested in disability rights advocacy?

A. A friend in law school in 1971 told me over dinner that her brother, who’d been an attorney, had a side interest in going to mental institutions to see if anyone seemed like they didn’t belong there, and he would use his legal skills to get them out. I thought that might make a good project for students. We developed the concept of a national center and applied for federal grants.

Q. What was your first job after law school?

A. I’d worked as an intern at the National Center for Law and the Handicapped my last year of school and then in 1973 was hired as a staff attorney doing special-ed cases.

Q. Disability discrimination was widespread; how were people treated before the ADA was passed?

A. In the early 1970s more than half of all kids with disabilities were not receiving an appropriate education, and about a million were totally excluded from public schools. There were involuntary sterilizations, withholding of life-saving medical care and so-called ugly laws saying people with “unsightly or disfiguring” disabilities could not be seen in public.

Q. How did landmark civil rights legislation relate to the ADA movement?

A. The civil rights movement, and especially the 1964 Civil Rights Act, were models. Successes in the courts in the early 1970s helped, particularly in cases dealing with access to public education and battles against horrible conditions in state residential institutions.

Q. You’d already been working on disability rights issues, but how is it that you were tapped to draft what would become the ADA?

A. A nationwide Harris poll had shown that people with disabilities were disadvantaged, experienced discrimination and were often isolated at home. The National Council on Disabilities wanted to do something. I was asked to write a report that recommended a comprehensive nondiscrimination law and then was asked to draft one.

Q. How well have the courts done interpreting the legislation?

A. Though Congress made it clear this was a comprehensive law to prohibit discrimination, some lower courts took a strict view of disability and created demanding standards for qualifying as a person with a disability. The Supreme Court got on that bandwagon in 1999 with Sutton and then Toyota in 2002, adopting a restrictive interpretation and demanding standard of disability. More than 95 percent of employment cases were thrown out, mostly on that issue.

Q. There are more favorable rulings now. How did it turn around?

A. Bad rulings were coming out, and advocates and commentators complained loudly. In Righting the ADA (PDF), [a 2004 report published by the NCD], I cataloged the destructive court decisions and provided a draft bill for addressing them. It provided a basis for bills in Congress to overturn those decisions with the ADA Amendments Act of 2008. Most subsequent cases are favorable so far.

Q. With legislation, there are always compromises, but did the ADA accomplish its objectives?

A. It’s hard to deny the ADA’s strong impact in ameliorating discrimination and integrating those with disabilities into society. It brought about a dramatic expansion in the accessibility of government and commercial buildings, transportation systems and public accommodations. It has enhanced telecommunication services, prohibited discrimination against people with HIV and improved hiring practices.

Q. What more needs to be done?

A. In each area of accomplishment there are far too many situations in which the ADA is not being followed—with big gaps in enforcement.

Q. Given today’s political climate, do you think the ADA would pass?

A. Maybe—if anything could pass. The ADA was overwhelmingly bipartisan. But now Congress can’t even join other nations in the U.N.’s Convention on the Rights of Persons with Disabilities, which was based on our ADA.

This article originally appeared in the September 2015 issue of the ABA Journal with this headline: “Has the ADA Measured Up? The drafter of the legislation weighs in 25 years later.”