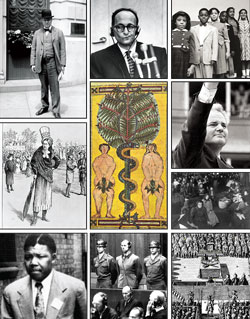 At their best, trials provide insight into the human condition while they illuminate principles of the law. And sometimes they even change the course of history.

Is it any wonder that, at least in the public’s mind, trial lawyers are the superstars of the legal profession?

From the beginning of human civilization, a core principle of the concept of justice has been the idea that individuals—and later, governments and corporations—should be able to bring their disputes before a neutral party who would seek a fair resolution by getting at the truth underlying the case. The Old Testament of the Bible, for instance, recounts how King Solomon settled a dispute between two women claiming the same baby by offering to split the infant in half, knowing that the real mother would give up the child rather than see it die.

As the law evolved, it also became more complex, to the point that procedure often is just as important as substance to the conduct of a trial. And drama often is buried under the weight of evidence. But one thing has not changed over the millennia. Trials still focus on seeking justice, and that search creates deeply compelling stories.

James W. McElhaney, the respected trial advocacy teacher who wrote the ABA Journal’s Litigation column for a quarter-century before retiring in 2012, insisted that good trial lawyers must be effective storytellers.

“Stories are how we understand the inter-relationship of events,” says McElhaney. “Stories are at the heart of how we learn because they create memories and provide details we want to know. Stories grab us in a way that no list of facts could ever do. So why would you make your story difficult to follow?”

In some cases, however, trials are more than compelling stories about the search for justice. They become the stuff of history through their impact on the law and society. While the full impact of these cases is difficult to measure at the moment they occur, it often is clear that their impact will be profound.

Edward W. Knappman, the editor of Great American Trials: From Salem Witchcraft to Rodney King, described in his preface the factors he considered in choosing the 200 cases covered in the book: historic significance, legal significance, political controversy, public attention, courtroom skills of the lawyers, and literary fame achieved by the trials.

For this package, the Journal invited 10 distinguished lawyers from around the world to identify and describe one historic trial each. We gave them free rein, and it shows. The list of cases is eclectic and thought-provoking. Are these the greatest trials in history? Probably not, at least under Knappman’s formula. But each case in its way has had an impact beyond the law; and for most of them, the full extent of that impact has yet to be determined.

1. God punishes Adam and Eve, and the Serpent – by George Anastapolo

2. Parliament puts King Charles I on trial – by Maura McGowan

3. Susan B. Anthony is convicted for casting a ballot – by Deborah Enix-Ross

4. Clarence Darrow is tried on charges of bribing jurors – by Michael E. Tigar

5. A court decides who is white under the law – by Sahar F. Aziz

6. An Allied tribunal brings Nazi leaders to account at Nuremberg – by Lori B. Andrews

7. The Supreme Court rejects the separate but equal doctrine – by Kim J. Askew

8. Adolf Eichmann is convicted for his role in the ‘Final Solution’ – by Mark S. Ellis

9. Nelson Mandela is spared from a death sentence – by Richard J. Goldstone

10. Serb leader is tried by an international tribunal – by Randy J. Aliment

This article originally appeared in the November 2013 issue of the ABA Journal with this headline: “Courting Destiny.”