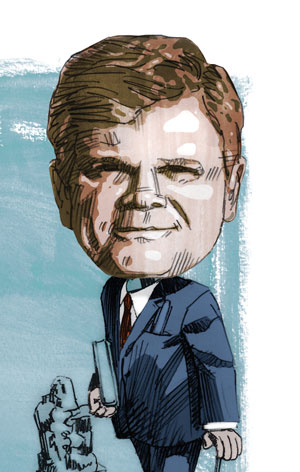 If you took the pronunciation quiz in last month's issue, you may well have had any of several reactions, some negative. (1) Denial: That can't be right! I've never heard it that way. (2) Dismissiveness: This is trivial. This stuff doesn't really matter! (3) Defiance: Who the heck is Charles Harrington Elster to declare what's correct pronunciation?! (4) Humility: By golly, I have lots to learn. (5) Triumph: I got almost all of them right! My active interest in language over the years has paid off.

Although I’d hope for one of the last two, that seems unlikely.

In 1969 a linguist noted: “You are probably very sensitive to any suggestion that your choice of pronunciations is inferior to that of others. Most of us are even more touchy about comments on our language than we are about criticisms of our dress or our religion.” People take this stuff personally.

Then again, you might take solace in the words of Benjamin Franklin: “Write with the learned; pronounce with the vulgar.”

We now continue our quiz with the latter half of the alphabet. Correct answers reflect the pronunciations traditionally heard in the speech of educated speakers of American English.

This article originally appeared in the December 2015 issue of the ABA Journal with this headline: “Speaking Points, Part 2: Here’s a quiz with 30 more words to test your pronunciation skills.”

Bryan A. Garner, the editor-in-chief of Black's Law Dictionary over the past four unabridged editions, teaches CLE seminars through the Dallas-based company LawProse. He is the author of more than 20 books, including Garner's Modern American Usage.