32 of lawyers' most common fears 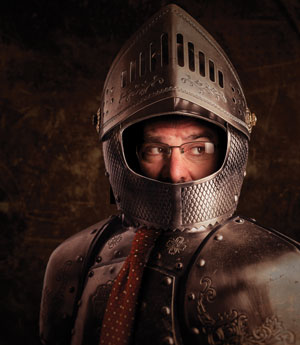 Does your law practice make you fearful? You are not alone, according to John Lande, an emeritus professor of law at the University of Missouri. Some of lawyers' most common fears include:

• Feeling that their offices or cases are out of control.

• Candidly expressing their thoughts and feelings.

• Being intimidated by superiors in their firm.

• Lacking skill and confidence due to limited trial experience.

• Failing to locate “the smoking gun.”

• Being attacked or outsmarted by counterparts.

• Being judged unfairly by potential or actual jurors.

• Being intimidated by judges.

• Suffering “the pain, humiliation and shame of defeat.”

It’s not just litigation that can induce fear; negotiation does too. According to John Lande’s research, these are some of lawyers’ top fears about negotiation:

• Insecurity about their negotiation skills or preparation.

• Being questioned aggressively by their counterparts.

• Being dominated or exploited by their counterparts.

• Disclosing information that may harm their clients’ position.

• Failing to reach an agreement.

• Not getting a good enough result for clients.

ABA Journal: “How lawyers can turn fear into an ally”