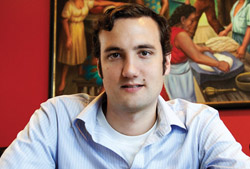 For more than a year, the ABA Journal has been tracking three young lawyers from Simpson Thacher & Bartlett who gave up their $160,000 annual salaries to spend a year working for nonprofit organizations on a stipend of $60,000. Associates David Edwards, Serena Orloff and Jonathan Taylor were among the first to take part in the Simpson Thacher Public Interest Fellowship (PDF) program, launched in early 2009 after the financial crisis swelled the caseloads of many nonprofits just as government and private funds dried up.

We checked in with them after they wrapped up their fellowships. Here’s what they had to say.

“It feels like I never left,” says Serena Orloff. On June 1, her first day back at Simpson Thacher’s Palo Alto office, she was assigned cases with the same two clients she had worked for before heading off to the San Francisco Public Defender’s Office.

What had changed was Orloff herself. Having taken cases from inception to jury at the public defender’s office, she says, “I feel I have a much better perspective on the rhythm of a case. It’s easier for me to have a long view on all of the assignments I have now.”

She says she’ll miss the excitement and camaraderie among the public defenders and the chance to see the immediate, positive impact of her work on the lives of her clients. But she won’t miss the crushing caseload of some 75 low-income and indigent clients, and the frustration of not having time to litigate their cases as thoroughly as she would have liked.

Now back at Simpson Thacher, Orloff savors the time to dive into her cases, rereading briefs and going over the details carefully. But she’s not turning her back on nonprofit work. She hopes to continue working with the public defender’s office on a pro bono basis. 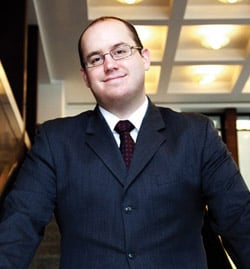 “It’s been a strange couple of years,” muses David Edwards, who finished his fellowship at New York University’s Center on the Administration of Criminal Law in early August. “I never figured that I was going to do this year off from Simpson Thacher.”

But when the opportunity came up he went for it, and he’s glad he did. “The entire experience was really, really good,” Edwards says. “I got a new perspective on the law, and I got a shortcut to some of the skills I would have got at Simpson—but got them more quickly.

“At Simpson you’re definitely a generalist bouncing from case to case, one moment doing shareholder work and the next mergers,” he explains. At the center “they only did one big thing and that was to write amicus briefs. I was able to focus on developing that skill—lots of research, lots of writing, lots of editing.”

He also got a chance to supervise others and lead a team, opportunities a new lawyer in a major firm would not expect to have until his or her third year, he notes.

But he thinks the most valuable asset he gained was a better understanding of both sides of the attorney-client relationship. “I was essentially the client this year and really sort of seeing how the clients think and what the clients are demanding.” 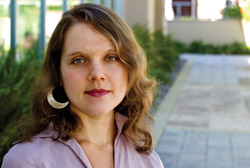 Serena Orloff: “I feel I have a much better perspective on the rhythm of a case.”

Jonathan Taylor says he was looking forward to returning to Simpson Thacher after completing his fellowship with the Rainforest Foundation U.S.

But when he was offered the job of assistant legal counsel at Developing World Markets, a for-profit organization that invests in microfinance institutions in the developing world, Taylor felt the opportunity to work in a cutting-edge area of development was too exciting to pass up.

He brings to his new post broad experience on indigenous rights issues, having worked on an array of projects in Brazil, Panama and Peru during his stint with the Rainforest Foundation. These included pursuing international litigation to protect land and resource rights, enhancing environmental protection for an indigenous community in the Amazon located near an oil drilling site, representing indigenous interests in deforestation prevention projects, promoting access to health care and other services, and starting up an indigenous rights legal clinic at the law school of the Pontifical Catholic University of Peru.

“The work was incredibly varied and every different aspect of it was very fulfilling,” he says. “I’m so thankful to Simpson Thacher and the Rainforest Foundation U.S. for giving me that experience.”

In opting not to return to Simpson Thacher, Taylor was one of an undisclosed number of 2009 fellows who chose to accept permanent jobs in the public interest field.

“We are proud to have helped them launch careers in public service,” says Harlene Katzman, pro bono counsel and director at the firm. She denies reports published by the blog Above the Law that some fellows were refused places at Simpson Thacher after completing their fellowships. “All of the fellows who asked to return were welcomed back to the firm,” Katzman says.

The Simpson Thacher Public Service Fellowship Program was extended into 2010 with eight fellowships awarded this year.