A Comeback for the Federal Circuit: This Term, SCOTUS Is No Longer the ‘Court of Correction' 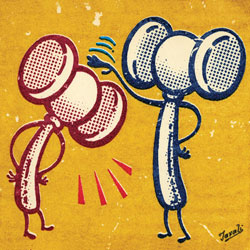 Starting in 2000, the high court granted certiorari for an unusually large number of patent cases, about one per year on average. And almost without exception, the Supreme Court overturned the Federal Circuit’s decisions. It repeatedly rejected the views of the specialized appellate court and imposed its own interpretations of patent law.

This could signal the start of a new, more harmonious relationship between the Supreme Court and the Federal Circuit, according to some experts. “I think the courts are starting to work better with each other, and this year’s decisions reflect that,” says law professor Joshua D. Sarnoff of De Paul University College of Law in Chicago.

The most important of the three rulings, and perhaps the most surprising, was the Supreme Court’s decision in Microsoft Corp. v. i4i Ltd. That ruling addressed a long-standing legal doctrine: For a court to declare a patent invalid, the party seeking invalidity must prove its case by more than a preponderance of the evidence. The party must provide clear and convincing evidence of invalidity. (See “Tilting the Patent Scale,” April, page 20.)

In 1983, the Federal Circuit held in Connell v. Sears, Roebuck & Co. that this clear-and-convincing standard applied in all cases, even when the evidence of invalidity had not been considered by the U.S. Patent and Trademark Office.

When the Supreme Court granted certiorari in Microsoft, many experts anticipated it would overturn Connell. That case created a bright-line rule for patent suits, and the high court had repeatedly rejected such rules in recent years, in favor of more flexible approaches.

In the end, however, the Supreme Court upheld the Federal Circuit’s rule requiring evidence to be clear and convincing. Microsoft was unanimous (with Chief Justice John G. Roberts Jr., who owns Microsoft stock, recusing himself).

The court noted that Congress had codified the common law’s clear-and-convincing standard when it enacted the Patent Act of 1952. So although there might be no good policy supporting Connell, the courts were powerless to alter the standard.

The decision was “quite important,” says Arti Rai, a professor at Duke University School of Law. Had the court ruled in favor of Microsoft, “it would have substantially undercut the value of patents and made the ability to enforce those patents much more unsure,” says Christopher Larus, a partner in the Minneapolis office of Robins, Kaplan, Miller & Ciresi.

A WIN FOR INVENTORS

In another case, Stanford University v. Roche Molecular Systems Inc., the Supreme Court reaffirmed yet another traditional rule of patent law: Absent any assignment, the patent for an invention is owned by the inventor. Stanford argued that Congress created an exception to this rule in 1980 when it enacted the Bayh-Dole Act. That statute, among other things, allocates rights in inventions resulting from federally funded research carried out by contractors, such as universities and research institutions. Stanford claimed the statute automatically gives the patent rights in such inventions to the contractors that receive federal funds—not to the contractors’ workers who create the inventions.

This is a particularly thorny issue for universities and research institutions, says Anthony J. Fitzpatrick, a partner in Duane Morris’ Boston office. “If you’re Stanford, MIT or Brigham and Women’s Hospital, you have to be careful how you deal with your workers in light of this decision.”

Such research institutions have earned a lot of money from licensing their government-funded inventions, but after this ruling they will need to carefully review the contracts with their workers to ensure their workers assign all their rights in their inventions. Otherwise, when an institution attempts to license an invention, it may discover—as Stanford did—that the inventor has already licensed the rights to another party.

The Supreme Court unanimously rejected this standard, holding that “induced infringement … requires knowledge that the induced acts constitute patent infringement.” But eight justices found a limited exception to this requirement. Writing for the majority, Justice Samuel A. Alito Jr. held that liability can be imposed when a defendant “willfully blinded itself” to the infringing nature of the induced actions.

The majority noted that, in this case, Hong Kong-based Global-Tech had manufactured deep fryers that it knew third parties would import and sell in the U.S. Global-Tech’s fryers were largely copies of an SEB model, which Global-Tech knew was popular in the U.S. market. Global-Tech copied an overseas model of SEB’s fryer, knowing it was unlikely to have U.S. patent markings.

When Global-Tech sought an opinion letter from U.S. patent counsel, the company didn’t mention it had copied its fryer from SEB. There was thus more than sufficient evidence for a jury to find Global-Tech had willfully blinded itself to the infringing nature of its sales in the U.S., the majority concluded. The court then upheld the judgment against Global-Tech.

The Global-Tech decision makes it harder for patentees to prove inducement. How much harder, however, remains unclear. “It will take a while for the lower courts to flesh out what constitutes willful blindness,” says Timothy Teter of Cooley in Palo Alto, Calif.

The Federal Circuit may not have a perfect record last term; its interpretations were upheld in two cases, with only the result upheld in the third. But “in all three cases, the Supreme Court bought into what the Federal Circuit did,” says Joseph M. Potenza, a partner in the Washington, D.C., office of Banner & Witcoff and vice-chair of the ABA Section of Intellectual Property Law.

This is a noteworthy change from past years. “For the first time in a long time, the Supreme Court and the Federal Circuit seem to be on mostly the same page,” says D.C. attorney Daryl L. Joseffer, a partner in King & Spalding.

For next term, the high court has already granted certiorari in three patent cases. “That’s a huge number of patent cases,” considering that the court hears oral argument in around 80 cases per term, notes Sharon A. Israel, a partner in the Houston office of Mayer Brown and chair of the Patent Litigation Committee of the ABA Section of Intellectual Property Law. “Maybe that reflects the growing importance of patent law.”