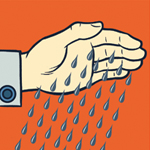 Using your website to at­tract clients doesn’t require a degree in rocket science.

But it does require an understanding of lead generation, which has three components.

1. Develop a way to attract pros­pects to your site.
2. Offer these people something of value so they will part with their contact information.
3. Contact and qualify prospects quickly, because after visiting your site they will likely go to the sites of other law firms.

While these three steps may appear simple, the number of online tools at your disposal means you’ll have to figure out what best suits your firm in terms of budget and skill set—and what will attract the clientele you seek.

(As a point of disclosure, both of the lawyers named below have submitted content to our Techno­Lawyer website. But we do not pay either of them, so there’s no financial relationship.)

Gerald M. Oginski specializes in medical-malpractice cases in the New York metropolitan area. Realizing early on that YouTube essentially offers a free advertising platform for reaching millions of consumers, he began producing short videos. In each, he asks and answers a question about malpractice cases.

Using YouTube’s tools, he embeds these videos on his firm’s site, which now houses more than 130 videos.

Fit and affable with a slight New York accent, Oginski is an online video natural. His videos make prospects feel as if they have met him. But the videos alone are not sufficient to seal the deal, and he knows it.

That’s why you’ll also find a blog and dozens of articles and FAQs. This written content attracts prospects from Google searches. After reading an article and perhaps watching a video, they’ll gravitate to the most important component of the site, a free, 200-page e-book, Secrets of a New York Medical-Malpractice and Injury Attorney.

The e-book resides behind a form. When people fill out the form to get a copy, Oginski gets a lead his team can use to contact and hopefully transform the visitor into a client.

What kind of results has the site delivered? “In April 2006, I accepted a brain-damaged-baby case that came from my website. One week ago that case settled, through trial counsel, for $5.1 million,” Oginski says.

Los Angeles divorce and family lawyer Kelly Chang Rickert believes families lie at the heart of successful societies. Her website, Law Offices of Kelly Chang, plays a key role in attracting clients. In fact, her site exemplifies the phenomenon of a virtuous cycle.

In 2007 Rickert created a slick YouTube video about her practice that depicted her as an energetic advocate for her clients. This video, which she periodically updates and embeds on her site, led to coverage in print and online media. This press resulted in a regular gig on the television show Hollywood 411 to discuss celebrity divorce cases.

It all started with her site and has come full circle. She lists every media appearance on the site, linking to audio and video clips if available, and establishing herself as an expert.

What’s the upshot? Rickert is busier than ever.