A Bite Worse Than Its Bark: Maryland Puts Pit-Bull Owners on Liability Notice 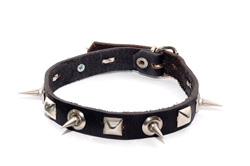 After sending strong signals for more than a decade, the Maryland Court of Appeals told pit bull owners—and their landlords—they can be held strictly liable for dog attacks on people. (For now, the ruling has been stayed, pending the outcome of a motion for reconsideration.)

Not surprisingly, pit bull owners and their advocates pressed the alarm button and persuaded state legislators to convene a task force aimed at overriding the decision in Tracey v. Solesky. For liability to attach under the old law, the owner needed knowledge of a particular dog’s past aggressive behavior.

“All pet owners are responsible for their pets, not just owners of pit bulls,” says Tina Regester, a spokeswoman for the Maryland Society for the Prevention of Cruelty to Animals. The SPCA opposes laws that single out certain breeds as particularly vicious.

In a pair of 1998 cases, Maryland’s highest court said it considers pit bulls inherently dangerous and hinted that strict liability was imminent. The cases involved attacks by dogs ominously named Trouble and Rampage. A child was killed in the attack blamed on Rampage.

The next chance arrived at the court last fall in the 2007 mauling of Dominic Solesky, 10, who underwent five hours of lifesaving surgery. The offending canine was less ominously named Clifford, but the issue was presented squarely enough to make Maryland one of about a dozen states that impose liability without knowledge of past attacks.

But in ruling the way it did, the Maryland court almost certainly made dog-bite cases more litigious and perhaps harder to maintain. That’s because the court, without offering guidance, applied the decision not only to purebred pit bulls, but to mixed breeds that may have some pit bull lineage.

While the American Kennel Club and the American Dog Breeders Association recognize three lines of bull terriers, mixed breeds can be endless—though most are characterized by muscular builds and large, broad heads. But how much pit bull must a specimen contain to make the owner strictly liable for the damage it does?

“That’s the million-dollar question,” Regester says. “It’s not just a specific breed of dog but a group of dogs.”

And the evidence may be hard for plaintiffs to come by.

“Oftentimes, an examination isn’t possible because the dog already has been put down,” says Solesky plaintiffs lawyer Kevin A. Dunne of Baltimore. Animal control authorities already had put Clifford down against the owner’s wishes before Dunne got the case, though the defendants at trial agreed the dog was a pit bull.

Dunne also expects breed identification to be hotly litigated in future cases. Otherwise, an owner may stand virtually defenseless. While no one is going to drag a dog carcass into a courtroom, necropsy reports and photographs may be available, especially if the case involves law enforcement.

Dunne says plaintiffs also may obtain the information they need through records of licensing and rabies shots, in addition to veterinarian visits, all of which routinely inquire about an animal’s breed.