A Debt of Gratitude: ABA Pledges to Help Veterans in Overcoming Legal Obstacles 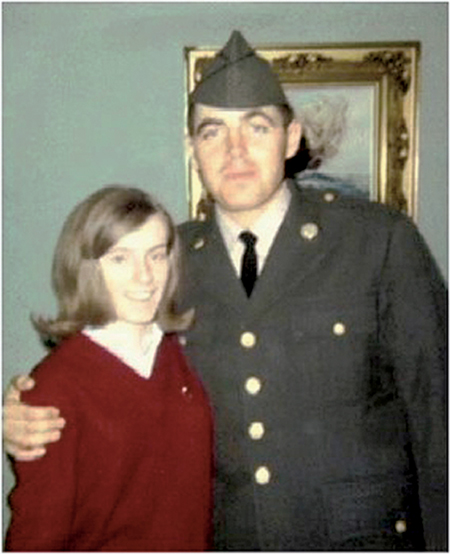 On Nov. 11, some children will delight in a day off from school. Shoppers around the country will head to the mall to take advantage of holiday sales. Libraries, banks and courts will close. But whatever our activities, we should remember and be grateful for all Americans who have made it possible for these institutions to freely open their doors and thrive in our communities.

Veterans Day provides an annual opportunity to honor the service and the sacrifice of the more than 30 million men and women today who wear or have worn a military uniform for our country. Their dedication, in every era and part of the world, has helped secure the precious freedoms we enjoy today.

For too many of our veterans, however, their road home is tragically and often painfully interrupted by cycles of poverty, incarceration or homelessness. The ABA is working to help these men and women overcome chronic legal obstacles that prevent veterans from receiving needed benefits and services promised to them.

We know that on any given night, more than 100,000 veterans have no shelter. Twice that number experience homelessness over the course of the year. The ABA is working with the Obama administration on its plan to end homelessness among veterans in five years. Two years into this initiative, we’re on track to accomplish that goal.

Many homeless veterans find it challenging to secure jobs or permanent housing because of fines, debts or other legal problems. These issues often occur when a veteran is homeless, addicted to drugs or alcohol, or dealing with serious mental illness. Unpaid child support, in particular, can damage a veteran’s ability to reintegrate into the community. The ABA is partnering with the federal government, bar associations and local authorities on a child-support initiative in nine pilot cities that matches lawyers with homeless veterans to resolve these cases.

Our Commission on Homelessness and Poverty developed a policy approved by the ABA House of Delegates that supports and promotes veterans treatment courts (see “The Battle on the Home Front”). These courts use a proven, cost-effective model that includes health care specialists, volunteer veteran mentors and family support organizations to help veterans break addictions, begin their recovery and develop stability in their lives. The commission, with the National Association of Drug Court Professionals, is engaged in the development and preservation of these courts, of which there are now at least 80 nationwide.

The ABA also partners with the National Coalition for Homeless Veterans and other groups to host free training and provide counsel on meeting the legal needs of veterans through initiatives like homeless courts. Typically held at shelters or Stand Down events for homeless veterans, homeless courts combine a progressive plea system and alternative sentencing as substitutes for fines and jail time. Since 2001, the ABA has helped more than 75 communities launch this program, which maximizes court resources and community-based services.

Our Young Lawyers Division has launched Project Salute, a yearlong mission to inform veterans about their rights and benefits. We have also developed ABA Home Front, a legal assistance campaign to benefit both military families and judge advocates.

Of course, the ABA is not alone in its mission. More than a dozen state bars have formed successful programs with tangible results in their communities. The State Bar of Texas now exports a model version of its own successful veteran pro bono program, Texas Lawyers for Texas Veterans, as a resource for other bars. A national registry of volunteer and pro bono opportunities is available on our website, americanbar.org/veterans.

As a former squad leader and platoon guide who enlisted in the Army, I know it is a privilege to serve our country. The bench and bar are committed to removing legal barriers for members of the military. It is our duty, our responsibility and our pledge to honor that commitment. Each time we do, we help veterans in need to rejoin their community, reunite with family, get a job and feel hopeful for the future. We can do nothing less.