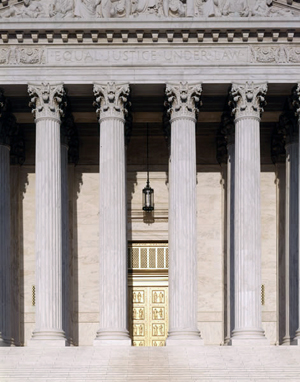 Holt v. Hobbs—At issue: Does the prisoner grooming policy of the Arkansas Department of Correction impinge on the religious rights of an inmate as protected by a 2000 federal statute? Photo courtesy of Flickr Creative Commons.

The Supreme Court term opens this month with a docket that is less heated than recent sessions—for now. But the justices will address cases whose rulings could affect Americans in the workplace, at the ballot box, in the observance of their religions and, in a new arena for the justices, on social media.

"Compared with the last three terms, this is going to be a letdown," says Ilya Shapiro, a constitutional scholar at the libertarian Cato Institute in Washington, D.C., and a close observer of the court. "It's going to be a lower-profile term."

The points of comparison are recent terms that ended with landmark rulings on the Affordable Care Act and same-sex marriage. Last term ended on a divisive note with Burwell v. Hobby Lobby Stores Inc., in which the court held 5-4 that the federal health care mandate requiring insurance plans to cover contraception violates the religious freedom rights of closely held corporations.

So far, the justices have filled only about half their docket of merits cases, and they will continue to add to it. The most anticipated cases in the pending category are those asking whether there is a federal constitutional right to marriage equality that trumps state measures prohibiting or refusing to recognize same-sex unions. The high court could wade back into that issue this term, but it may depend on how the lower federal courts rule on the matter. Several federal appeals courts have struck down such state laws, but as of early September no circuit split had emerged on the issue.

Still, there are several significant cases that have been granted. In Young v. United Parcel Service Inc., the justices agreed to hear the appeal of a female delivery driver who sought to return to work after a pregnancy but was denied the type of light-duty assignment the shipping company routinely provided to nonpregnant employees with work limitations.

Also this term, the justices must again test their technological acumen with Facebook, the social network that is sometimes used for ill purposes. In Elonis v. United States, the justices have a chance to weigh when threats made on the Internet should be taken seriously. A man convicted of making threats in Facebook postings is challenging a standard requiring that a reasonable person feel threatened by such speech. The alternative recognized by some lower courts is a requirement of a subjective intent to threaten someone.

Oral arguments in the above cases had not been scheduled as of early September.

In the first week of its new term, the court will return to the issue of religious rights, but in a different context from federal contraceptive mandates and the rights of corporations. 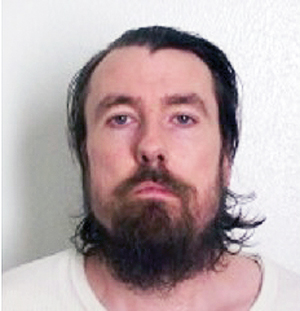 Gregory Holt: "One of the characteristics of a Muslim… is to keep the mustaches short and leave the beard as is." Photo courtesy of the Arkansas Dept. of Correction.

In Holt v. Hobbs, the question is whether the prisoner grooming policy of the Arkansas Department of Correction impinges on the religious rights of an inmate as protected by a 2000 federal statute. The case is set for argument Oct. 7.

Congress passed the Religious Land Use and Institutionalized Persons Act as a response to what some saw as arbitrary barriers by state and local governments to letting inmates exercise their religion. RLUIPA says that no government may impose a substantial burden on the religious exercise of an incarcerated person, even if the burden results from a generally applicable rule, unless the government shows that the burden meets the strict scrutiny test of furthering a compelling governmental interest and is the least restrictive means of furthering that interest.

Gregory H. Holt, who also goes by the name Abdul Maalik Muhammad, is an Arkansas inmate who is challenging the state's restriction on facial hair to one-quarter inch. Holt, who describes himself as a devout Muslim, is seeking to maintain a half-inch beard.

"I believe in following the Sabbath of the Prophet Muhammad, which is the way of the Prophet Sunnah," Holt testified in a 2012 federal court hearing. "One of the characteristics of a Muslim … is to keep the mustaches short and leave the beard as it is."

Holt said he would be fine with a half-inch beard, as opposed to leaving his entirely as it is, both because that is a length upheld as reasonable in a California case and because it would demonstrate his commitment to his religion. Holt was convicted in 2010 of aggravated residential burglary and first-degree domestic battery stemming from stabbing a former girlfriend several times in the chest and neck. Considered a habitual offender, he is serving a life sentence.

The Arkansas attorney general's office didn't respond to interview requests, but it alleges in a brief that Holt has a tendency to declare jihad on those who have crossed him, including a police department, a fellow inmate and a prison barber who trimmed his beard shorter than a half-inch.

Arkansas officials say there are two main justifications for restrictions on inmate beard length. One is the possibility of hiding contraband. Even in a half-inch beard, a SIM card that activates or controls a cellphone could be hidden, and such phones have contributed to the larger problem of prison contraband, they argue.

Something as simple as a SIM card "can be responsible for the introduction of drugs or weapons into any institution," testified Grant Harris, the assistant director of the Arkansas correction department, during the 2012 hearing.

The other interest is identification. A longer beard, if shaved, could allow an inmate to alter his appearance during an escape, the state argues.

Arkansas contends that beyond facial hair, the Supreme Court will be interpreting RLUIPA in a way that will govern other types of religious exercise questions in prisons. The state cites cases from other jurisdictions, such as a Wiccan inmate's efforts to possess metal balls and wands and Sikh inmates' desire to have kirpans, or ceremonial knives.

"Prisons are dangerous places," the state says in its brief. "Prison officials create rules intended to strike a delicate balance between safety and security, on the one hand, and giving inmates a sense of dignity and achieving rehabilitative goals, on the other hand."

A federal magistrate judge looked at Holt's half-inch beard in court and said, "It's almost preposterous to think that you could hide contraband in your beard." Nevertheless, based on precedent in the 8th U.S. Circuit Court of Appeals at St. Louis, the judge said he was compelled to defer to the concerns of prison officials. A federal district court and the 8th Circuit affirmed.

Douglas Laycock, the University of Virginia law school professor and church-state scholar who is representing Holt, says Arkansas' arguments are untenable when 43 other states and the Federal Bureau of Prisons allow the beard length that Arkansas forbids.

"Their position is essentially that the state is entitled to zero risk," Laycock says. "But they don't take zero risk as a general matter. There's no shaving the heads of all prisoners or skin-tight uniforms."

Jeanne Woodford was warden of San Quentin State Prison in California from 1999 to 2004, and later the head of the state department of corrections and rehabilitation. She has joined with three other former wardens in an amicus brief on Holt's side, arguing that this case is just the type Congress was concerned about—one in which vague security concerns are being used to justify an outdated and unwarranted policy depriving an inmate of his religious rights.

"Things have changed, and we're in an era of using more risk management tools," says Woodford, now a fellow at the Chief Justice Earl Warren Institute on Law and Social Policy at the University of California at Berkeley's Boalt Hall. A half-inch beard would not present a huge security risk, she believes.

Dawinder S. Sidhu, a law professor at the University of New Mexico who has written about prison grooming standards, says the case is one in which the justices must rule on congressional intent. The court's application of the least-restrictive-means prong of the strict scrutiny test will be key, he says.

"Prisoners do shed many of their rights at the prison gate," Sidhu says, "but Congress has changed the game by enacting RLUIPA."